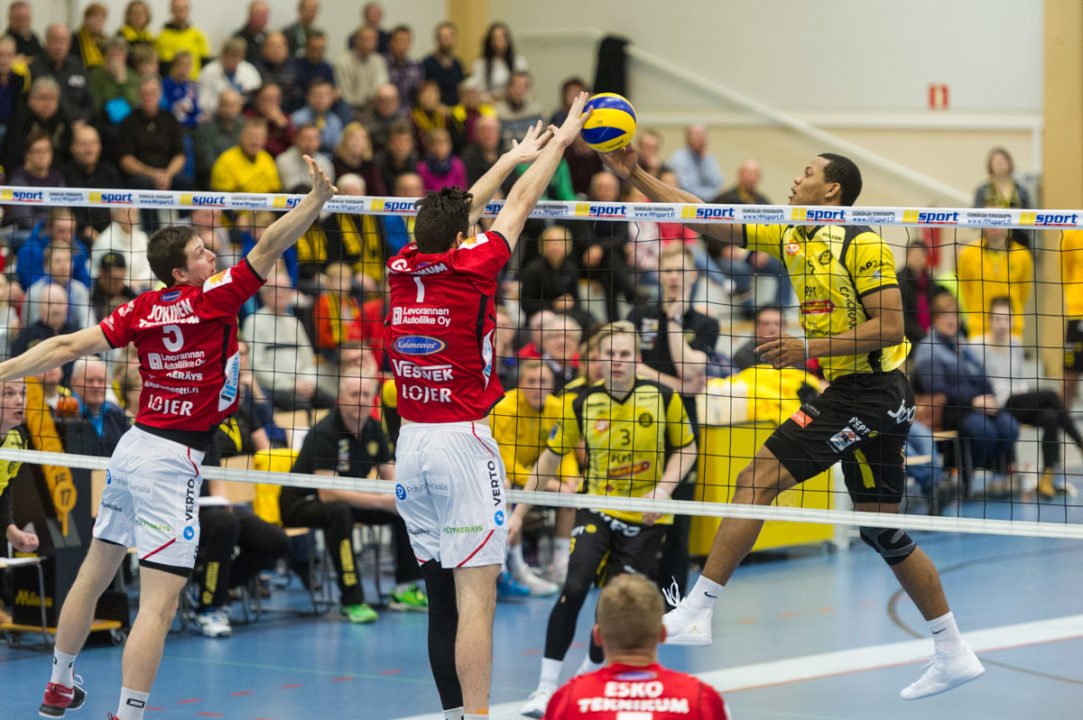 Antwain Aguillard is heading to Greece to play for Kifissia in the upcoming season.  Current Photo via Finnish Mestaruusliiga

Antwain Aguillard is back in top-flight volleyball after spending a season in the French Ligue B. Aguillard, a middle blocker from Las Vegas, Nevada has signed to play with AOK Kifissia in the Hellenic Volleyball League of Greece. Kifissia has finished last season in 5th place. They have actually spent the last 5 seasons in 4th or 5th position. Kifissia resigned Canadian opposite, Taylor Hunt, who was voted as the best opposite in the league last season. Aguillard is the first American player to play with the club since Chris Austin did so during the 2014-2015 season.

Aguillard and Austin have a few similarities in their background before arriving at Kifissia. Both of the players come from the Las Vegas area (Austin hailing from the suburb of Henderson, NV). Both of the players also started their collegiate career at Long Beach City College before making the jump to NCAA Division I teams (Austin played at UC Irvine).  Austin took his playing career to the beach, partnering up with Kristopher Johnson for 2 AVP events this season.  Aguillard has remained indoors, playing in some of the better leagues in the world.

Aguilliard and Kifissia will open the season on October 13th against AE Komotinis. They have been drawn into a group with Olympiakos, Fonikos Syrous, and Pamvochaikos in the League Cup. The fixtures for that tournament have not been announced yet.