BYU Takes Over No. 1 Spot in AVCA Poll with Two Top 25 Wins 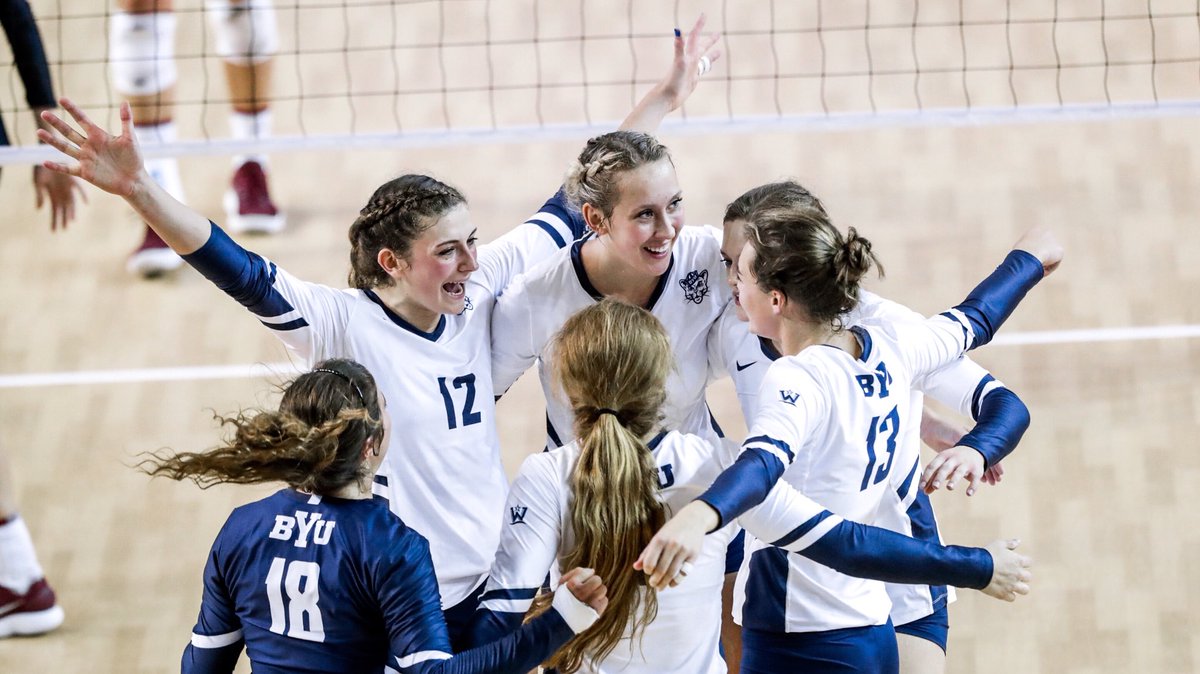 BYU, one of three undefeated teams among the Top 10, climbed two spot from No. 3 to No. 1 after a 3-0 weekend at the Marquette Invitational. Alabama claimed its first ever national ranking, checking in at No. 25. Current Photo via BYU Athletics

After a chaotic week 3 filled with upsets, there’s a new No. 1 in the AVCA poll and two new teams in the Top 5.

BYU, one of three undefeated teams among the Top 10, climbed two spot from No. 3 to No. 1 after a 3-0 weekend at the Marquette Invitational. The Cougars swept No. 10 USC and topped No. 25 Marquette in four sets in the finale to stay perfect at 8-0.

BYU earned 54 of the 64 first place votes, while No. 2 Stanford picked up the other 10. The Cardinal also moved up two spot this week from No. 4 after a solid outing including a sweep of No. 5 Penn State and then No. 1 Minnesota in four at the Big Ten/Pac-12 Challenge.

For the first time in program history, Alabama is ranked in the @AVCAVolleyball top 25, coming in at No. 25 in this week's poll

Teams on the descent were Florida, USC, UCLA and San Diego. The Gators fell three spots from eight to 11 with a five-set loss to Northern Arizona. The Trojans dropped from 10 into a tie for 16th after falling to BYU and Marquette before rebounding with a five-set win over Syracuse to close out the Marquette Invitational. The Bruins dropped four-set road matches to Cal Poly on Thursday and Friday. The Toreros plummeted seven spots, from 16 to 23 after splitting matches with Tennessee.

Four teams mentioned on only one ballot for a total of 10 combined points.