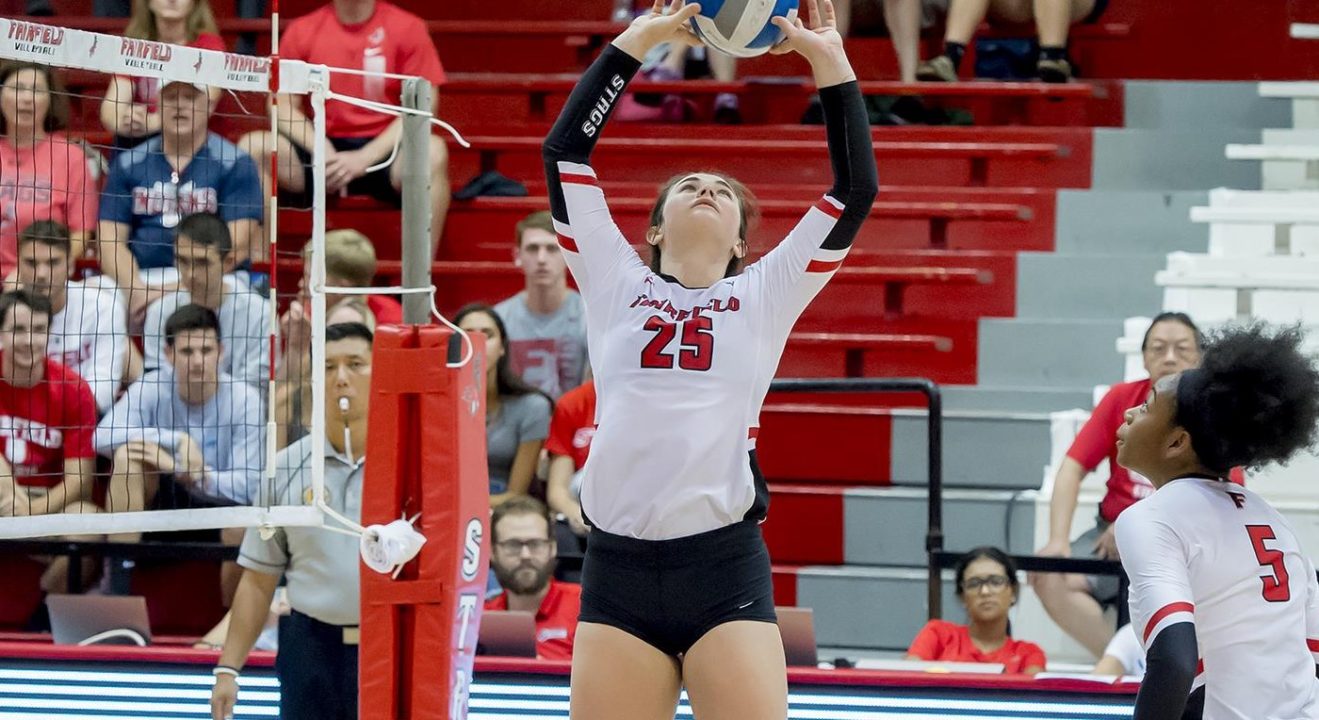 Fairfield's Alexis Rich earned her third straight MAAC Rookie of the Week honor, while Canisius' Sofia Lopez Acosta was honored as Libero of the Week for the second straight week.  Current Photo via Fairfield Athletics

Archibald was Iona’s main offensive weapon over a weekend where the Gaels went 2-0 with wins against Canisius and Niagara. The senior averaged 4.38 kills, 3.88 digs and 4.62 points per set. Against the Golden Griffins, Claire had a season-best 23 kills and 24 points. She had a .375 attack percentage. Against the Purple Eagles she added in another double-double with 12 kills and 21 digs. Archibald has a double-double in all but one game this season.

Sofia Lopez Acosta, Canisius
Sr., Mexicali, Mexico/Arizona Western College
Sofia Lopez Acosta had great weekend with another pair of 20-plus dig contests, making it four-straight matches doing so. The senior had 21 digs in the Griffs’ match against Iona, also racking up two assists. She then came out and recorded 29 digs in a victory at Manhattan, also tallying one kill, three assists and four service aces. In total, the Mexico native recorded 50 digs, five assists, four service aces, and one kill while averaging 6.25 digs per set.

🎉BACK-TO-BACK!🎉 Congrats to Sofia Lopez Acosta on winning another @MAACSports Libero of the Week award. The senior had 50 digs over the weekend and ranks 14th in @NCAAVolleyball with 5.54 digs per set. #Griffs #MAACVB pic.twitter.com/tBqxi5P5VY

Alexis Rich, Fairfield
Fr., Nicholasville, KY/West Jessamine
Rich led the Fairfield attack in a 2-0 week of MAAC action, handing out 12.0 assists per frame and managing the offense to a .264 hitting percentage. She totaled 96 helpers in eight sets of action, adding seven kills of her own. Defensively, Rich had 10 digs in each outing to notch a pair of double-doubles. Her 59 assists in the five-set win over Quinnipiac were the fifth-most in a match in Fairfield history in the rally-scoring era.

Karen Ramiu, Saint Peter’s
Fr., Caguas, Puerto Rico/Hudson Catholic
Ramiu accumulated 29 kills, nine digs, three service aces, and 33 points this weekend against Marist and Siena. Ramiu led the team in kills in both matches, with 12 on Saturday and 17 on Sunday. On Sunday she ranked second in service aces (3) and third in digs (8). She also led the team in Sunday’s (3-0) win against Siena in hitting percentage (.467).