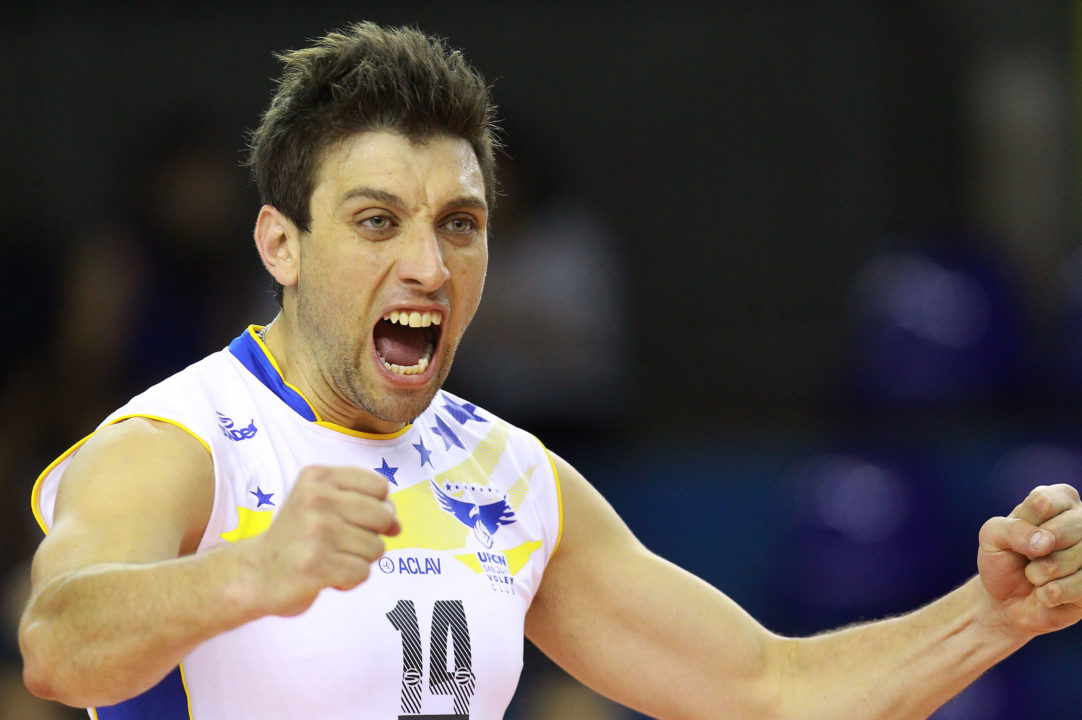 Filardi was fired under controversial circumstances Current Photo via FIVB

After UPCN recently lost Argentina’s biggest derby to Personal Bolivar onJavier Filardi January 26, someone had to pay the price. It came at the firing of team captain and Argentinian national teamer , who was released by the team according to its official Twitter and Instagram pages. Here is the team’s press release:

“As is already known to the public, the differences between UPCN and Javier Filardi have led the team’s General Management to release the player from its squad, reaching a consensus to finalize his contract with us. Although the decision was finalized last Friday, the club still needed to work out some contract issues with the player. For this we reason, we apologize to our fans for delaying confirmation of the news. UPCN would like to thank Javier for represeting the team during the years spent together.”

Filardi had been with UPCN since 2013, winning three national titles with the team. In all, he played in 20 tournaments for UPCN, winning 16 of them. Filardi wrote a lengthy farewell note to fans on his official website:

“Well, a stage is over. I am very calm, because of my performance a professional in my workplace, UPCN has nothing bad to say of me. I thank the institution for these years, because if there is something that my parents taught me, it is to be grateful, respectful and loyal. If someone was upset by anything I might have done, I apologize in this way, since I did not have the possibility to do it in person as I like it. Problems should be solved in person, at the moments they arise. At least, that is the way I think they should be dealt with, although I understand some people may prefer other ways. To my teammates, I am more than grateful and wish you the best. We always battled together, and those who left, did so because they did not surrender to the team. These decisions are made by the leadership and the technical staff. I thank all the people who showed solidarity and surprised me with their words. The release was worked out in only six hours, because I do not like to be in places where I am not welcome. I am very simple and money does not change my life. I hope my teammates can get to the top. My life will continue and I will continue my journey with a new shirt and with the same passion as always, accompanied by my family that I love. Hugs to all who wish evil and good. I will continue playing trying to reap titles.”

The 37-year-old Filardi is a 7 times Argentinian Champion, being awarded the competition’s best hitter prize in 2015. He has been with the national team since 2003.

After its loss to Bolivar, UPCN now sits in 2nd place of the league’s standings with a 12-5 record.