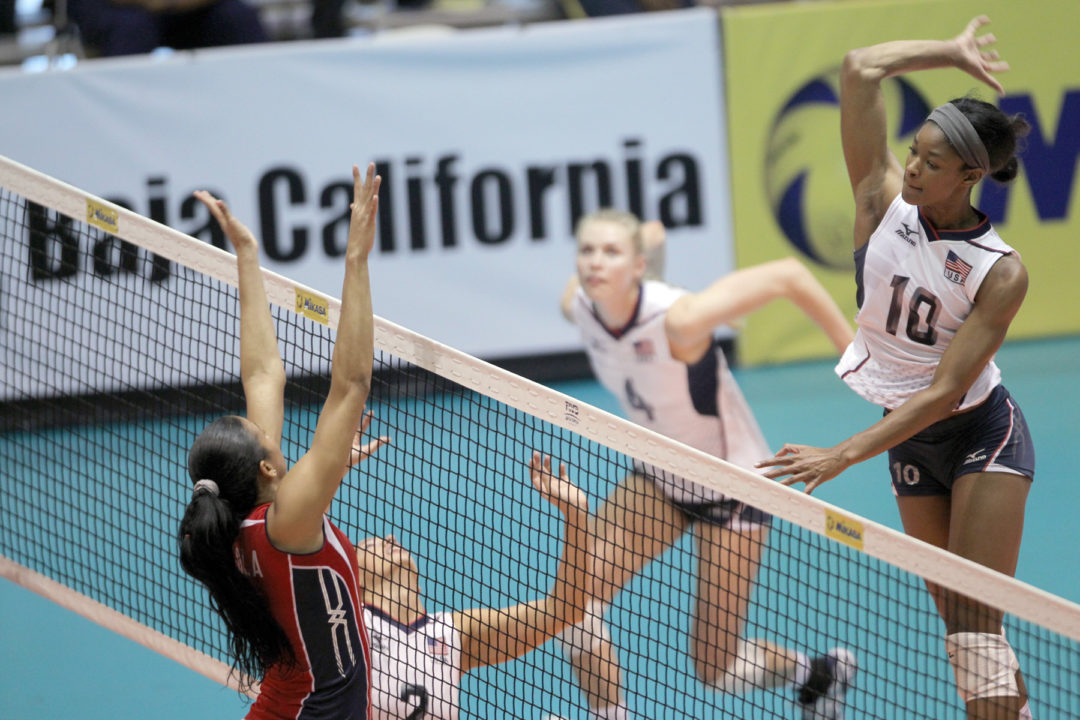 USA’s Erica Wilson, who started her season in Turkey with Serdar Semerci, has just been announced as a mid-season acquisition by Manisa Metropololitan Belediyespor’la, a second division Turkish team, according to Voleybolunsesi.com.

Erica played NCCA ball for Arizona State University (Class of 2012). In her senior season, she led the Pac-12 in aces and points, leading her team to a NCAA Championship berth, and being awarded a Pac-12 All-Conference Honorable Mention awared at the end of the season.

She ended her ASU career with impressive numbers, finishing 12th all time at the school’s rankings with 1125 total kills, fourth in block assists (297), and eighth in total blocks (325). She is one of just 15 ASU graduates to post 1,000 career kills and is just the third ever to post 1,000 kills and at least 300 total blocks.

After graduation, she was picked by Karch Kiraly to spearhead Team USA’s U23 squad at the 2013 FIVB Women’s U23 World Championships, in which the American squad finished in fourth place. She then turned pro and signed her first contract in Germany with Kopernicker SC, before moving to Switzerland’s Volley Koniz, and then Germany’s USC Munster, before finally making the move to Turkey’s second division.

Although it may not sound like much, Turkey’s second division league is actually stronger than most lower-tier European domestic competitions, and it will be a great opportunity for Wilson to develop as a player and showcase her talents for first division teams’ scouts.