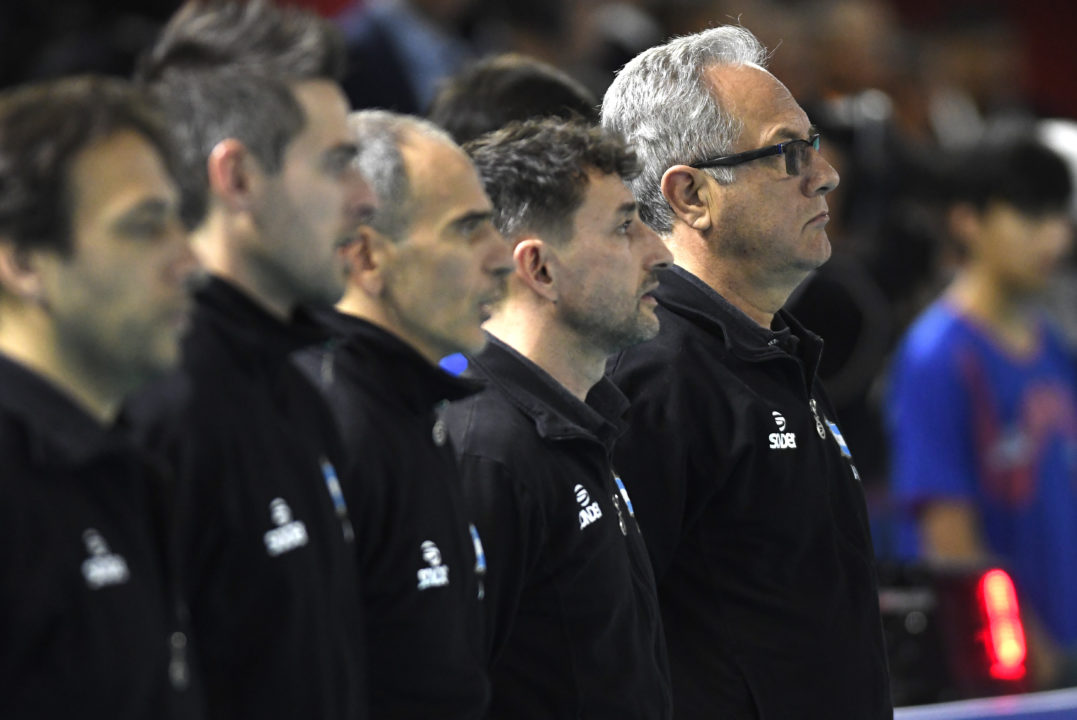 Julio Velasco led Argentina past the US 3-1 on Wednesday in the first of 3 friendlies. Current

In the first of three friendlies against Argentina to close the week, the Americans lost to the host team 3-1 on Wednesday in Morón, Argentina in  suburban Buenos Aires.

This younger American roster did better in one area than their senior counterparts. They had 7 service aces and 14 service errors on 86 attempts. While that is a slightly-lower aces rate (1 in every 12 attempts versus 1 in every 10 attempts) than the team had at the Nations League, it’s a significantly lower errors rate (1 ace for every 2 errors, versus 1 ace for every 3.4 errors in the Nations League).

Argentina’s top scoring effort came from Bruno Lima, who had 16 total points with 14 kills on 33 swings. Sebastian Sole had 11, and hit 67%, plus a whopping .600 efficiency rate out of the middle.

The US was led in scoring by Brenden Sander, who will start his pro career this fall in Italy, with 14 points. He had 10 kills on 27 swings with 4 errors. Opposite Kyle Ensing had 10 points, with 8 kills on 15 swings. Jeff Jendryk, who like Ensing spent most of the summer with the National Team, had 4 kills and 3 blocks.

The USA beat Argentina 3-2 in both teams’ first match of the Nations League, though Argentina also used a much better roster for that match.