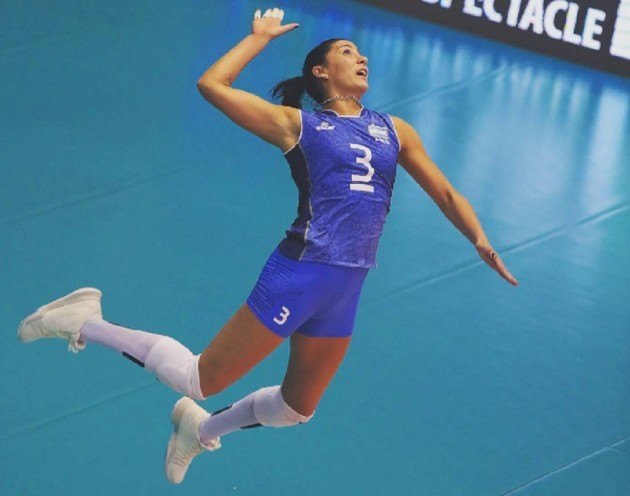 Argentinian captain Yas Nizetich has signed with Novara in the Italian Serie A1. Archive Photo via @yasnizetich Instagram

Captain of the Argentinian National Team Paula Yamila Nizetich, a.k.a. Yas Nizetich, will be moving on to Igor Gorgonzola Novara for the 2018-2019 season. The change of teams keeps Nizetich in the Italian League after she was previously with Volley Pesaro.

A member of the National Team in Argentina dating back to 2002, Nizetich has appeared in a myriad of Pan American Cups, FIVB Volleyball World Grand Prix, the 2016 Summer Olympics in Brazil and more. She is currently on the team’s roster for the 2018 FIVB Women’s Volleyball Nations League and has more CAPs than anyone else, though hasn’t appeared in action yet as the team is opting to give some of the younger players experience.

Not only is Nizetich the captain of Team Argentina, but she also captained her last club team, Pesaro. With the club, she pushed the team to a 10-12 record (32 points) and an appearance in the postseason that ended in a quarterfinals loss.

Novara will look for the addition to push them over the top, as they finished first in the regular season at 17-5 (51 points) in Serie A1 before being upended in the postseason championship to Conegliano. They did win the Coppa Italia this season though and last won the National League in 2016-2017.