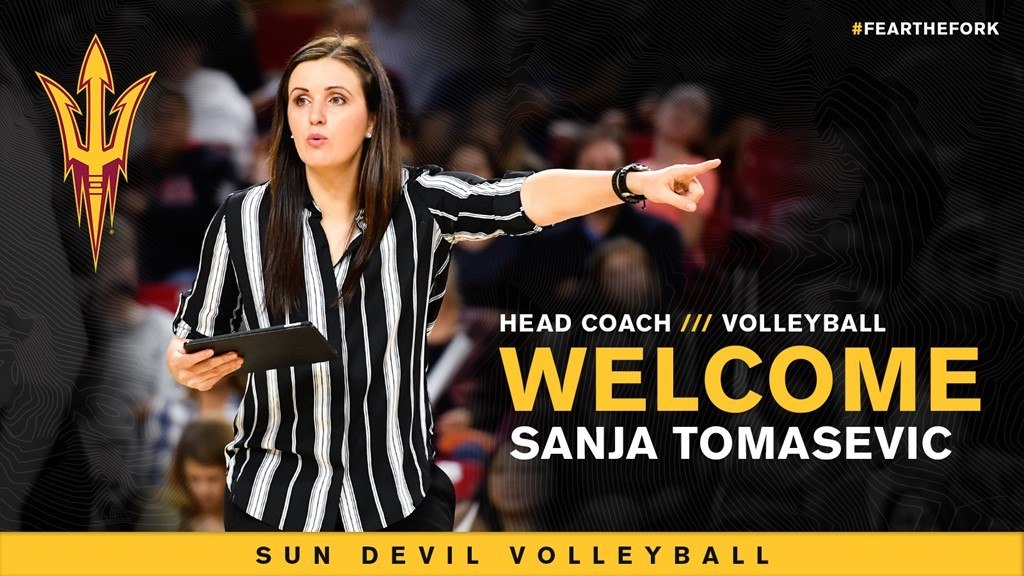 Arizona State University has promoted Sanja Tomasevic to the head coach of the women’s indoor volleyball team. She replaces Stevie Mussie, who left the program earlier this month after just one season in charge – making her the shortest-tenured coach in program history. Tomasevic was named the interim head coach after Mussie’s departure, and has had the interim title removed.

After her college career, she played for 8 seasons professionally, including the last two as co-captain of the powerhouse POMI Casalmaggiore club in Italy. She was named the best server at the 2010 European Challenge Cup, and also won two Greek titles with Panathinaikos.