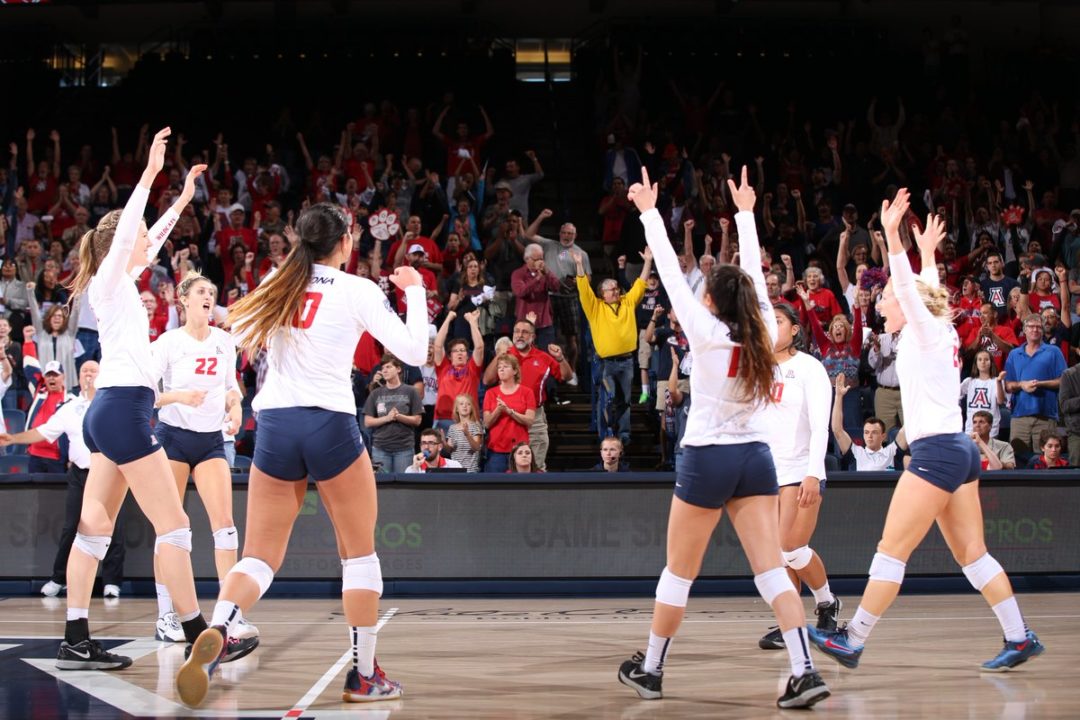 These will be the first two ranked matchups in McKale since Arizona defeated No. 11 UCLA in five sets on Nov. 22, 2015! #TBT

The Wildcats take on the Huskies at 6 p.m. on Friday and the Cougars at 12 p.m. on Sunday.