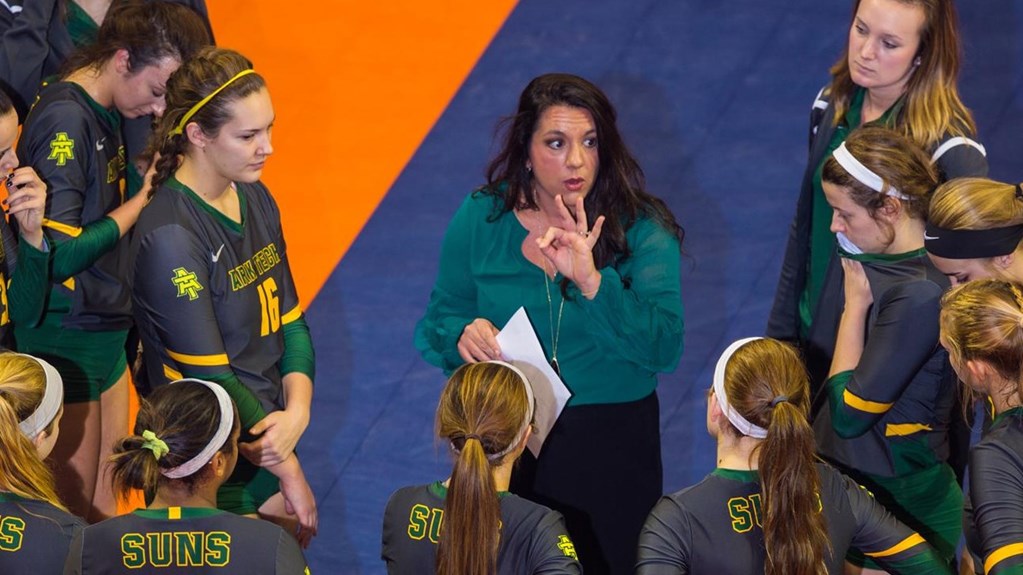 After 14 seasons at the helm of the Golden Suns volleyball program, Kristy Bayer, the all-time winningest coach in the history of the program, has announced her resignation, Director of Athletics Steve Mullins announced Wednesday. Current Photo via Arkansas Tech Athletics

After 14 seasons at the helm of the Golden Suns volleyball program, Kristy Bayer, the all-time winningest coach in the history of the program, has announced her resignation, Director of Athletics Steve Mullins announced Wednesday.

“I have had the opportunity to work in my dream job for the last 14 years,” said Bayer. “I have worked under two brilliant presidents in Dr. Brown and Dr. Bowen, who have supported me personally, and have provided the tools for professional success at Arkansas Tech. I will forever be indebted to Coach Mullins. He has mentored me and encouraged my leadership development. I have learned from the best here at Arkansas Tech. I want to thank the River Valley Community and the campus community for embracing me, my family, and my sport. Your support has meant everything. And lastly, I want to thank my current athletes and past athletes. You have made my job fun, and we have created memories to last a lifetime.”

Bayer’s 14 years at Arkansas Tech marked a period of continuous improvement for the Golden Suns volleyball program. After finishing 13-17 in her first season in Russellville, Bayer reeled off a streak of thirteen consecutive winning seasons, eclipsing the 30-win mark four times and winning seven conference titles. She earned five conference Coach of the Year honors, and was named the 2017 Central Region Coach of the Year after guiding the Golden Suns to a 35-1 mark in her final season.

Off the court, Bayer served as Arkansas Tech’s Associate Athletic Director and Senior Woman Administrator, and has been highly active within intercollegiate athletics, with service on numerous campus, regional, and national committees.

“Coach Bayer’s record of success on the volleyball court is unmatched in the history of our institution,” said Dr. Robin E. Bowen, ATU president. “We will always fondly remember the victories and the championships, but her most lasting legacy will be the positive influence she had on the student-athletes in her program. There are dozens of outstanding ATU alumnae achieving their goals in a variety of endeavors who at least a portion of their success to what they learned from Coach Bayer. We will miss her passion, her leadership, and her fight on spirit. We wish Coach Bayer, her husband B.J. and their family the very best.”

A national search will to name coach Bayer’s successor will begin immediately.