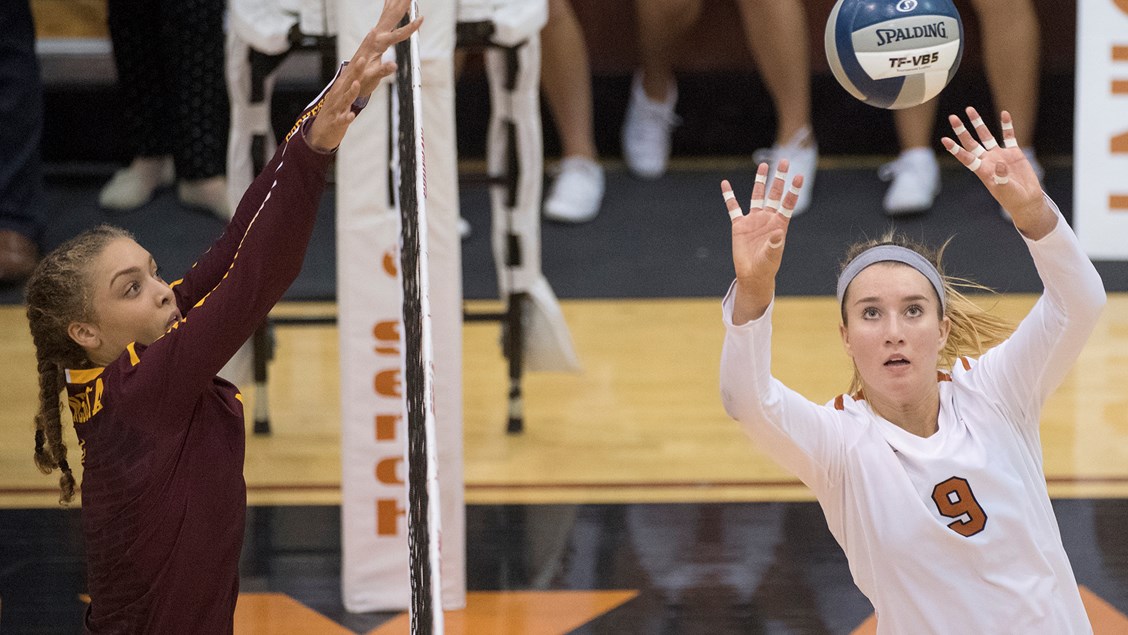 Ashley Shook (right) was one of two Longhorns to play all 106 sets in the 2017 NCAA women's volleyball season. Archive Photo via Texas Athletics

Two of the Texas women’s volleyball team’s 4 freshmen during the 2017-2018 academic year left the program after a single season – both under a cloud of sorts. For Lexi Sun, it was a transfer to Nebraska, arguably Texas’ biggest national rival in women’s volleyball. For libero Olivia Zelon, she left the sport altogether – with some parting shots about the program that upset a number of her teammates.

One freshman, however, says that she loved her first year in Austin, feeling she thrived in spite of not being one of the Longhorns who came to campus a semester early to acclimate.

In the video below, produced by Texas Athletics, Shook discusses her rise in volleyball and her freshman season on the 40 Acres.

Texas finished the season with a 27-3 record, having lost to defending NCAA Champions Stanford in the Elite 8 of the NCAA tournament.

yep she’s good. .so good that she failed to do what is the main objective. . . .the main requirement of every great settter. .. . making every player around her a better player.. . . sadly, I doubt the Alexis Sun would agree. . . sorry. . nice video, though.