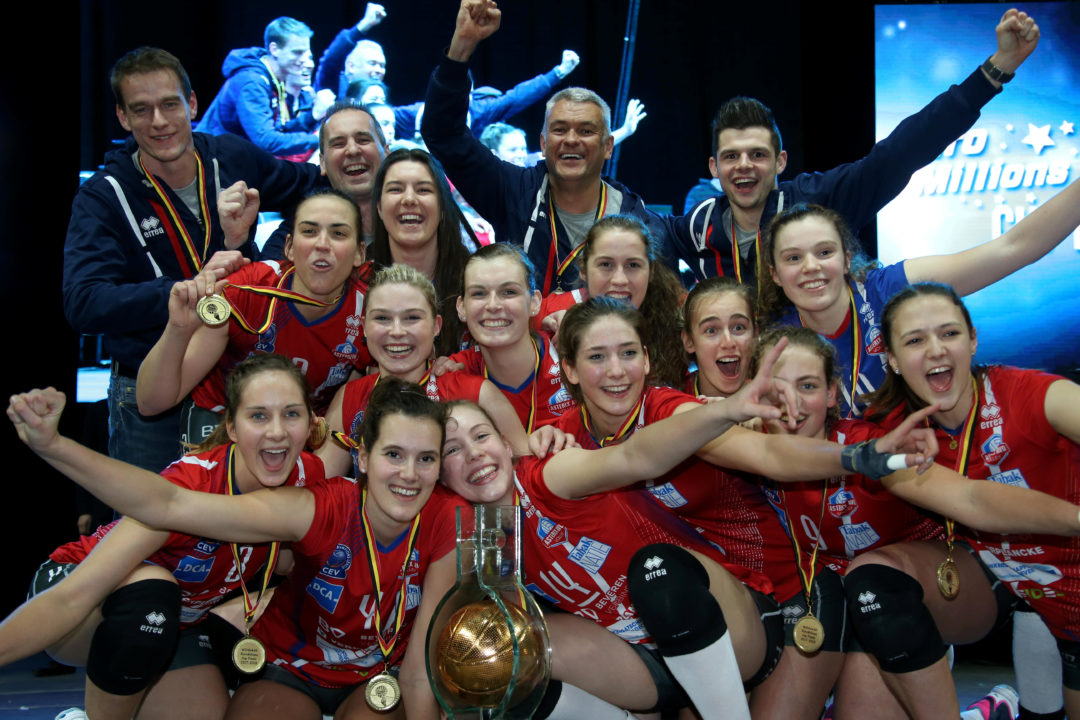 The first set of the game was the most even of all, with Oudegen racing to a 0-3 lead, which quickly turned to 3-7. It kepts its advantage until the 12-15 mark, when Asterix started to make a run for the score, until it was finally able to turn things around and close the set at 25-21. Asterix tookk the upper hand on the second set, opening up a 13-9 lead, which ballooned up to 18-11, before it finally closed the set at 25-15.

Oudegem started the third set better, but quickly lost steam, allowing Asterix to once again cruise to an easy win after the 10 point mark. Celine Van Gestel led the way for the winners with 22 points, including 3 aces and 3 blocks.  Barbara Djapic scored 15 times in the losing effort.

This was Asterix’s 15th Belgian Cup win. The team has also won the Belgian Championship 11 times, and is the current defending champion of the competition. It currently leads this season’s Belgium’s A league with an 18-1 record. Cup losers VC Oudegem closey trails it in 2nd place, with a record of 14-5, so it’s safe to say we’ll once again see this match-up again when it comes playoff time.

Here are the post match reactions, courtesy of FIVB:

“We could not come as close to Asterix as we did in the league games because of the pressure. Asterix are used to playing this final year after year, for us it was only the second time, and the first time with this young group.” Lotte Vandendriessche, Oudegem player

“This was clearly our best game of the season. I had expected a much harder fight, but my players showed a very mature attitude, so I am very pleased with the performance of my girls.” Gert Vande Broek, Asterix’s coach