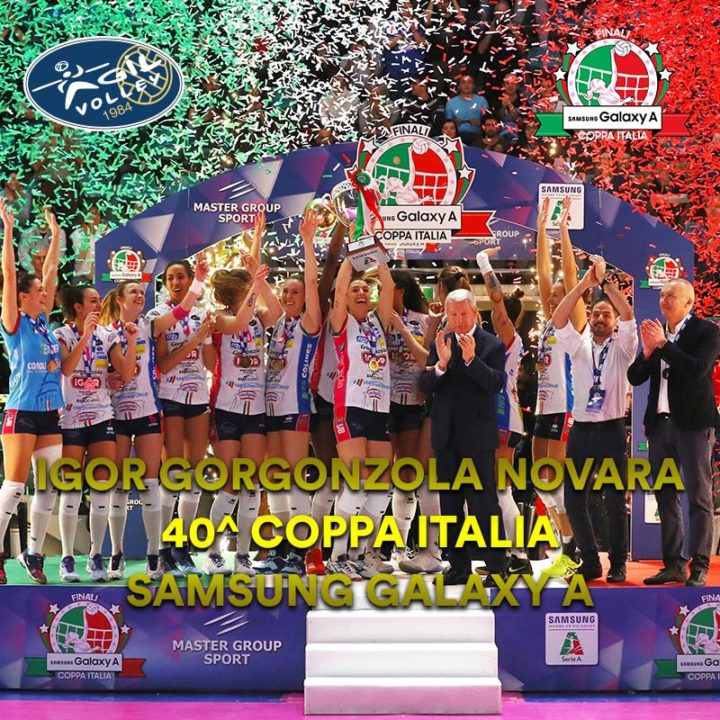 Igor Novara triumphed against defending champions Imoco Conegliano this weekend to take home the second Italian Cup of its 34 year old history as a team Current Photo via Legavolleyfemminile.it

Igor Novara triumphed against defending champions Imoco Conegliano this weekend to take home the second Italian Cup of its 34 year old history as a team. The game saw two USA standouts go head-to-head against each other: Novara‘s Lauren Gibbemeyer  and Conegliano‘s Kimberly Hill.

Conegliano started the first set strong, opening up a 4-1 lead, before Novara came back from behind to tie the game 7-7 and 12-12 on Paola Egonu’s and Celeste Plak‘s strong play. From them on, Novara dominated and closed the set 25-17. The second set once again saw Conegliano storm up front, opening up a 5-0 lead and extending it to 12-6. By the time Novara tried to catch up, it was too late, and it lost the set 25-14.

The third set was much more balanced, with both teams going back and forth in the score, with no squad opening up a lead higher than 2 points up until when Novara scored 22-19. From then on, Novara quickly overpowered its opponent to close out the set 25-21. The fourth and deciding set was all Novara early on up until the 18 point mark, when Conegliano made a desperate run to try to tie the game and force a tie-breaker. The teams went head to head before Novara was able to close it 25-23 on a Plak spike.

Paola Egonu was declared the match’s MVP with 25 points, including 2 aces and 3 blocks. Team USA’s Lauren Gibbemeyer had a very tough night, scoring 0 points on 6 attack chances. Samanta Fabris had 19 points in the losing effort, while her teammate and USA standout Kimberly Hill added 16 points of her own.

Now, Novara will shift its focus on defending its Italian Championship crown. It currently stands in 2nd place, behind only Conegliano, in A1’s standings with a 14-5 record.