Attendance Facts and Figures from the 2018 Men’s World Championships 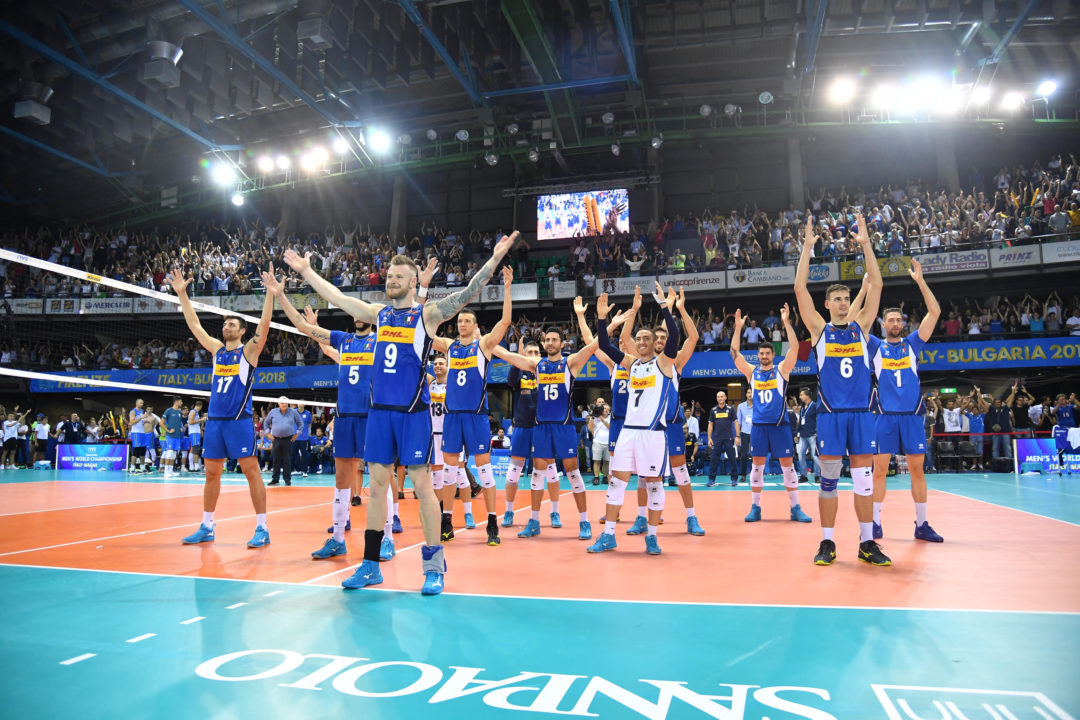 Italy (above) and Bulgaria were big draws. But Japan averaged over 5,000 fans per match - even without advancing from the preliminary round. Current Photo via FIVB

The two shiniest stadiums of the preliminary rounds of the 2018 FIVB Men’s Volleyball World Championships, which not-coincidentally included the two co-hosts of the tournament, drew the biggest crowds of the first week.

Pool A, which began in the Foro Italico in Rome for the ceremonial opening match and then moved to the Nelson Mandela Forum in Florence, averaged 4,518 spectators to lead all pools. Even with the opening match in the Foro Italico removed from the math, there were still an average of 4,043 spectators at the Nelson Mandela Forum in Florence for the last 14 matches in the pool.

Matches involving the host team from Italy drew a whopping 8,030 fans to the Forum (8,815 overall including the Foro Italico), which is actually 7% over the venue’s listed capacity.

The Bulgarian co-hosts only drew 4,365 to the Palace of Culture and Sports in Varna, which is about 73% of its listed capacity. Bulgarian fans have been displeased with the cost of ticket prices for international matches in the country, and Bulgaria went just 3-2 as they continued to battle injuries.

Overall, the host numbers are similar to those in Poland in 2014 (excluding the 61,500 who showed up at the Warsaw National Stadium for the opening 3-0 win over Poland), while the non-host numbers are a little lower than 2014.

The two arenas with the most public complaints from participants, Ruse and Bari, which were also the two arenas without hosts, struggled to drawn fans. They drew less than even Pools A and D when host teams were withdrawn from the data.

More summary charts and tables are below:

Generally, late games in double-headers did better than early games in attendance.

Japan as a visiting team actually drew more fans than Bulgaria as a host. The 11,700 against Italy helps bring up the averages, but in 2 of their other 3 matches they did pretty well too: 2,813 against the Dominican Republic, and 6,125 against Argentina in the match for the last spot in the finals.