Elise Ferreira Talks About Her Commitment to Oregon 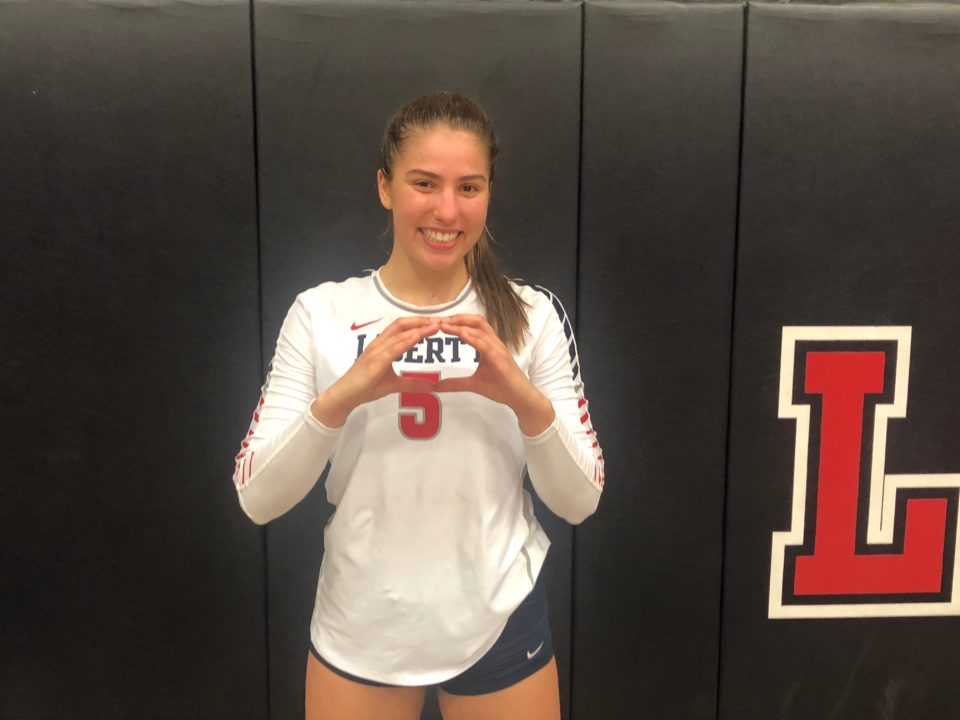 Elise Ferreira will be heading to the University of Oregon this January to start her collegiate career. Current Photo via Blair Lambert

VolleyMob caught up with Elise Ferreira of Liberty High School in Bakersfield, CA last week after she put in an 18 kill, 25 assist performance in a 3-1 victory over Clovis West. The 5’11” setter/right side has been a fixture on Liberty’s varsity volleyball team since she walked onto the campus as a freshman. She was named All-Conference of the Southwest Yosemite League all three years. She has was also named to BVarsity’s All-Area Team her freshman, sophomore, and junior seasons. This is in addition to helping her high school team win a CIF Section title in 2016 and reach the finals in 2015. Ferreira has also played at the USA Volleyball Junior Nationals with Club Jamba in 2016 and 2017.

The coach at Liberty, Amy Parker, has plenty of praise for Ferreira. “This is my fourth year with Elise. She started when I started here. Minus the volleyball ability, which is obvious because she is going to Oregon, but the leadership that she brings, you can’t beat that.” Parker also explained she is playing four sophomores this year, and Elise is a key factor in leading the team to success.

Ferreira shed some light on her committment to play for Matt Ulmer at the University of Oregon. “I had been talking to a couple of schools, and Oregon had come up late in the recruitment process for me,” Ferreira explained. “Oregon has always held a special place in my heart. I grew up there. I was born there. My dad used to be  the head coach there.”  Her father, Carl Ferreria, was the head coach at Oregon from 2000-2005. He now is the coach at Bakersfield College.

Ferreria spoke about the connection she had with such a familiar location. “When I first talked to the head coach, I knew I had familiar sense of comfort and a connection,” she said. “One of the first things he said to me was, ‘Why don’t you come home? Come home, make this a story, and make things come full circle.'”

Though she is also being utilized as a hitter on her team’s 6-2 offense, Ferreria will focus solely on setting in Eugene. She has high expectations for her future program and college experience. “Oregon volleyball is absolutely amazing. I love their program and what they do. The university of Oregon is a great university, and the thing I am looking forward to the most is the high level of play.”