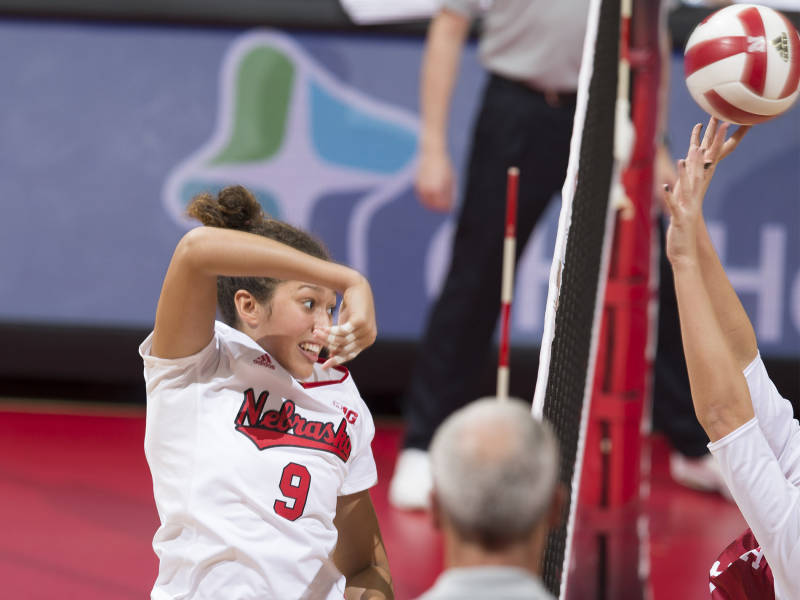 Former Nebraska middle blocker Chesney McClellan is headed to the Auburn University women’s volleyball program via transfer for 2018. McClellan will be a sophomore come the fall with three years left of play. She is set to be immediately eligible for the Tigers.

In her lone season with the Huskers, the 6’4″ McClellan appeared in four matches and six sets with one start. She logged seven kills (1.17 per set) on a .400 hitting percentage and four blocks (0.67 per set). The loss leaves defending-National Champion Nebraska with two middle blockers on their current 2018 roster.

A native of Maryville, Tennessee, McClellan came in to Lincoln as the #26 recruit per PrepVolleyball. She was also named to the Under Armour All-America First-Team in 2016.

“We are excited to add Chesney to our 2018 incoming class,” Auburn head coach Rick Nold said in the team’s release of the addition. “Chesney brings extensive, high-level experience that will have a big impact in our program over the next three years. We can’t wait to get started with her and the rest of the team in a few weeks.”

The move gives Auburn six middle blockers on their 2018 roster.

Auburn is coming off of a 15-12 season in 2017 in which they went 8-10 as a member of the Southeastern Conference (SEC). Their 2018 season starts up on August 18 in an exhibition match against Georgia Tech with their first true match on August 24 against High Point. They were also picked to finish sixth in the SEC in the preseason poll.