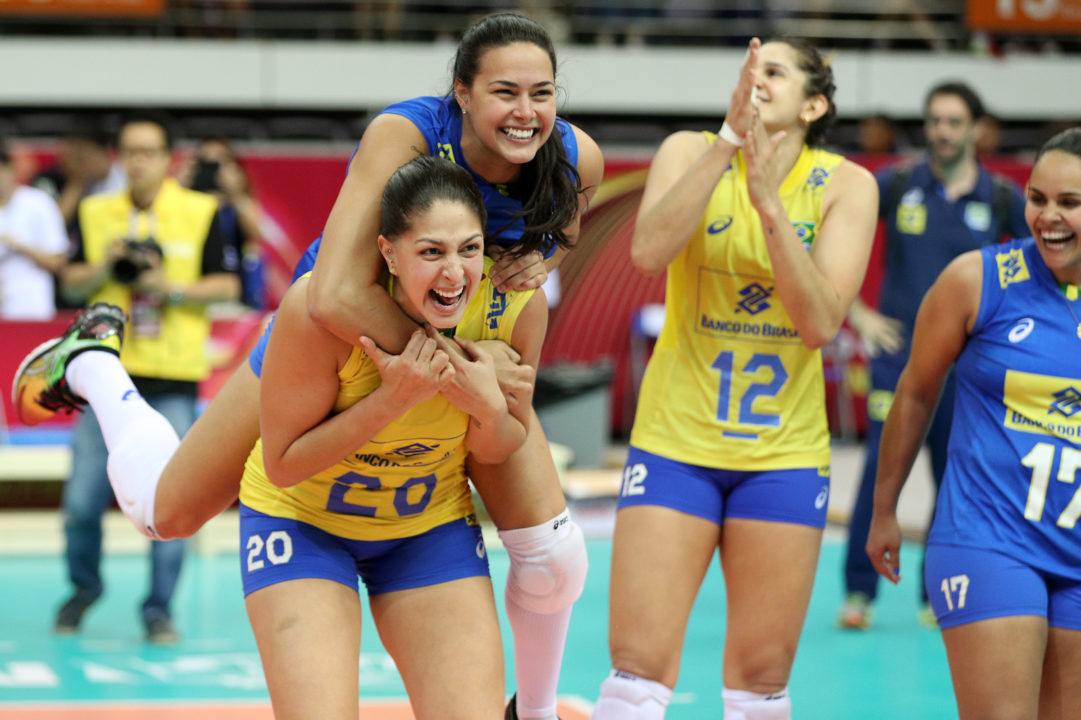 It's safe to say things haven't gone so well for the Brazilian female squad in 2018 so far - Will it bounce back at the WCH? Current Photo via FIVB

It’s safe to say things haven’t gone so well for the Brazilian female squad in 2018 so far. The team ended up out of the podium in both the inaugural edition of the VNL and the Pan Am cup. Needless to say, fans are getting feisty about the team’s underwhelming performance. However, Brazil’s NT will now have the change to turn things around in a major way, as it gets ready to contend for the World Championship, the only title it misses in its very successful history as a team. To start things off, coach José Roberto Guimarães called up his first list for the tournament. The changes from the VNL roster are the absences of Mara Leão, Macris Carneiro, Monique Pavão, and Jaqueline Endres, the latter who retired from the national team.