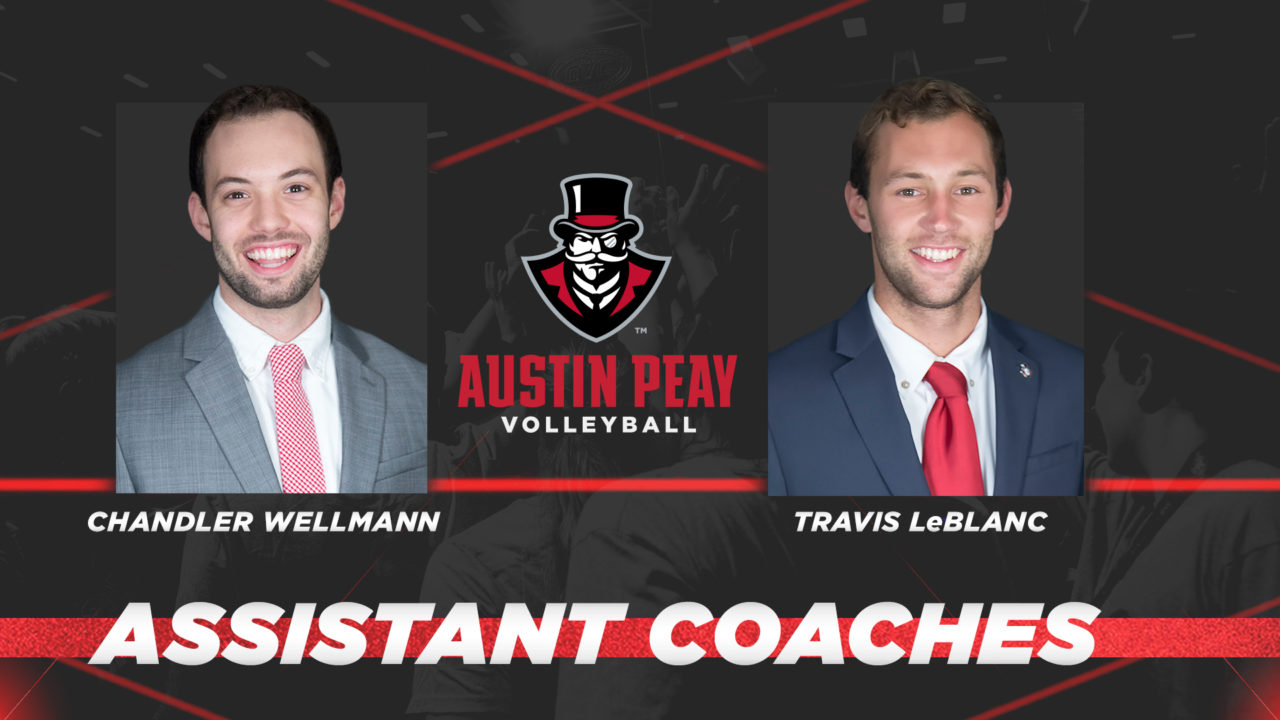 LeBlanc and Wellman were both on the staff for the Governors 2017 Ohio Valley Conference championship team, which compiled a school-record 30 victories. They will each move into more prominent roles on staff, which will have two full time assistants for the first time in program history.

“I am excited out program is moving in the right direction by adding another full-time assistant position,” said Mott. “I believe we made a huge stride in winning the OVC last season and I wanted to reward both Travis and Chandlers for their contributions to our success by elevating them to full-time assistants.”

LeBlanc joined Austin Peay in 2016-17 as a graduate assistant after a year at Nashville’s Pope John Paul II High School. A Newtown, Connecticut native, he played two seasons with the Maine club men’s volleyball team as a libero. He then transferred to Middle Tennessee in 2013 where he completed his bachelor’s degree in marketing in 2015.

Wellmann joined the Governors staff last season after completing his playing career at King University where he graduated in 2017 with a bachelor’s degree in Sports Management.