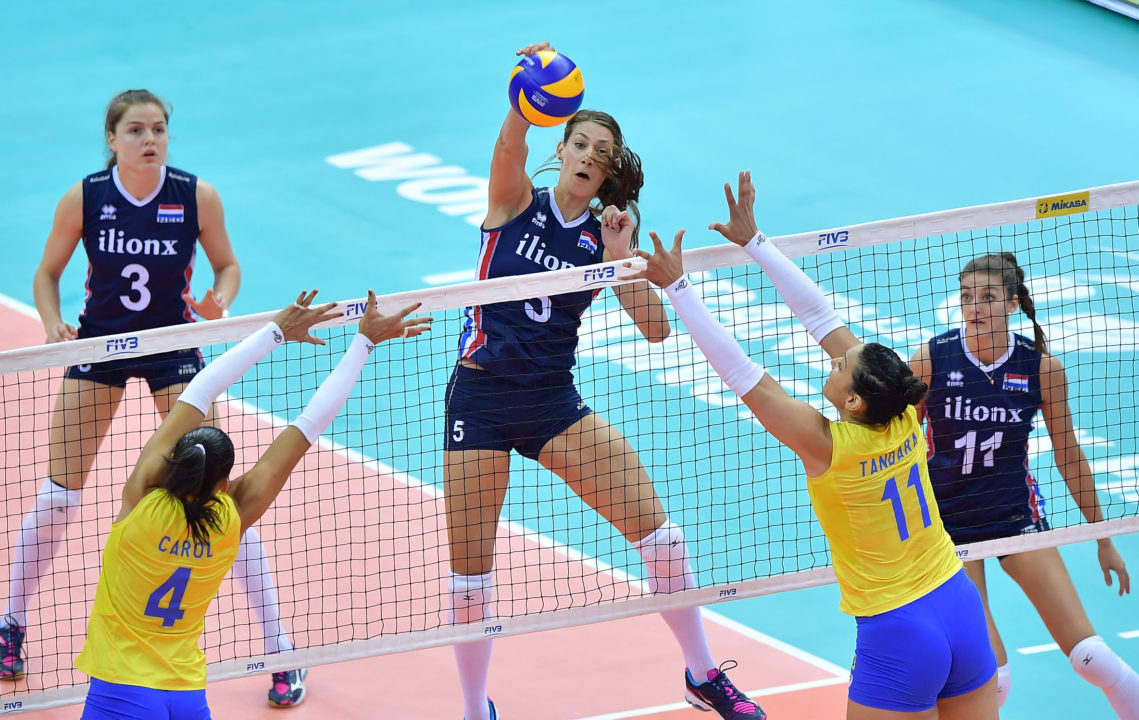 The Dutch block struggled in the Final 6 of the Nations League without middle blocker Robin De Kruijf (above, center). Archive Photo via FIVB

When releasing their 14-player roster for this week’s Rabobank Super Series (the Dutch beat Turkey 3-1 in their opener), the federation made a point to say that de Kruijf was still rehabbing from the knee injury, but was “not yet fully fit.”

According to the University of Michigan medical department, the typical recovery time from meniscus surgery before returning to playing sports is 3 to 6 months. De Kruif is about 5 months past her surgery.

In this year’s Nations League, the Dutch leaned on another veteran 27-year old, Nicole Koolhaas, to pair at middle blocker with Yvon Belien in the preliminary rounds. Koolhaas wound up 15th in preliminary play among all players with 25 blocks, with 74 points in total.

Then in the final, they pulled an about-face and inserted Juliet Lohuis into the starting lineup. The block was the Netherlands’ biggest weakness in the Final 6, where they lost to China 3-1 and Brazil 3-0 to finish the tournament tied for 5th.

Even after the injury, her Italian club Imoco Volley Conegliano decided to extend her contract for the 2018-2019 season.