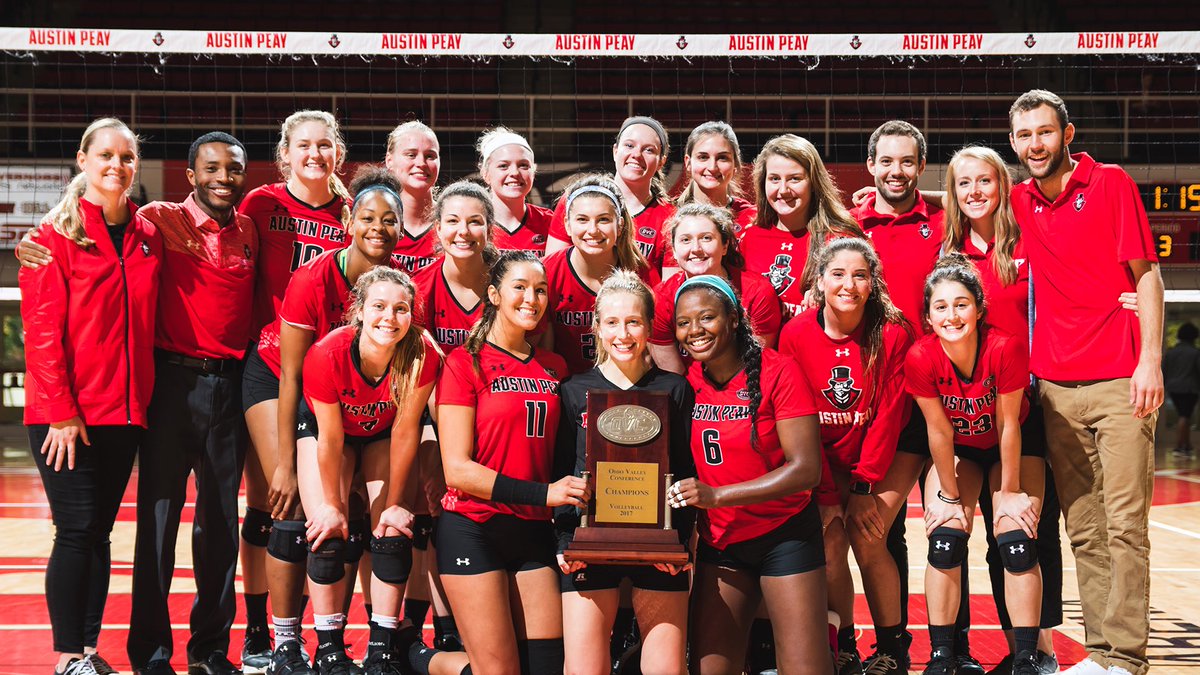 The title is the second OVC crown for the Governors, which are celebrating the 25th anniversary of their 1992 regular-season championship.

Austin Peay bested Morehead State .364 to .223 in hitting percentage and 49-35 in kills, but trailed the Golden Eagles 8-4 in aces and blocks.

Austin Peay raced out to a 7-3 lead in Set 1 as Slay and Moore each notched two putaways. Morehead State rallied and cut the margin to one six times, before finally knotting the score at 15. Kills by Jones and Evans and a stuff by Jones and Wachtman accounted for the final 3-0 run to tie it. The Governors scored seven of the next 10 points to vault ahead by four at 22-18. Four players turned in kills in the stretch. The see-saw battle continued as the Golden Eagles got two kills from Lohmeier and two Lauren Rokey aces to pull within one at 23-22. A hitting effort put Austin Peay at set point, then Slay ended the stanza two points later.

Set 2 was a blowout early on as Austin Peay cruised to an 18-8 lead. Moore downed five kills and Jenna Panning and Slay chipped in two each to give the Governors the 10-point advantage. Morehead did not give up, however, narrowing the gap to four at 23-19. Three blocks and aces by McCarson and Evans aided the rally. Slay stopped the 11-5 run with a kill to make it 24-19. Lohmeier kept the set going, but Moore closed the door for Austin Peay at 25-20.

The Golden Eagles led 7-4 early in Set 3 with three kills, a block and an ace. Austin Peay turned the tables with an 11-3 run. Five Morehead errors and two Panning putways aided the Governor effort. Morehead scored three straight, but couldn’t stop the Austin Peay offensive train. The Governors scored six of the next seven, five on kills, three by Moore, to take a 23-16 lead. A Kaylee Taff kill set up the final score and championship point, which came on a Golden Eagle service error.