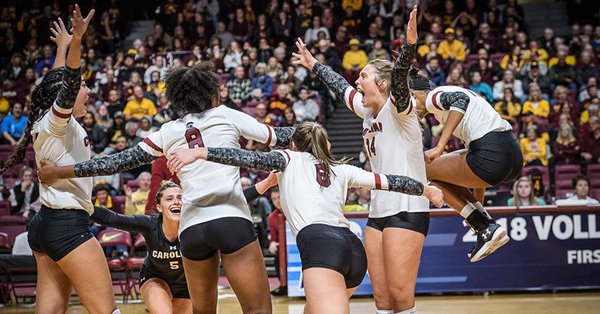 South Carolina edged past Colorado in a back and forth affair and Tennesee rallied from down 2-0 to defeat Colorado State in first round play.

Among the four matches with a regional round berth on the line was a five-set thriller between Oregon and Baylor, eventually won by the Ducks by a slim 15-13 margin in the final stanza. The Sweet 16 berth is Oregon’s first since 2014.