Austin Peay Uses Dance Moves To Get Hyped Before Matches 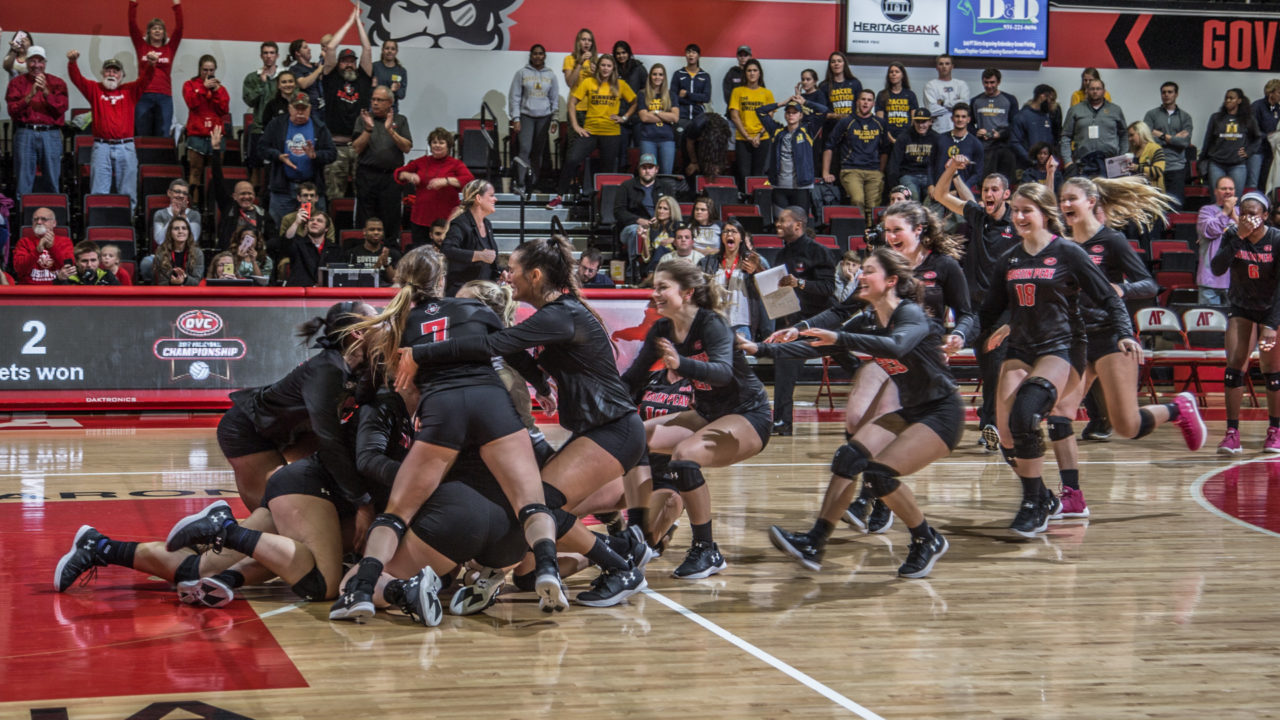 Austin Peay found a creative way to get themselves more hype before their matches and it came from searching the web for dances they could perform, to which Mimi Arrington found the Bikers Shuffle.  Current Photo via Austin Peay Athletics

Austin Peay found a creative way to get themselves more hype before their matches and it came from searching the web for dances they could perform, to which Mimi Arrington found the Bikers Shuffle. The dance has caused some weird controversies within the team, as Mimi wants to collect the credit for bringing the Bikers Shuffle to the team, but Allison O’Reilly came in to make the dance her own.

Despite the “drama”, this dance may have caused the team this year, they worked it out once on the floor, as they were able to take the Ohio Valley Conference championship and make their second ever NCAA Tournament and first since 2010.

On the year, Ashley Slay led the squad with 3.69 kills per set and a .302 hitting clip for the year. At the serving line, two players were the dominant forces for the team as Christina White and Brooke Moore produced 50 and 44 aces, respectively.

The Governors have a tough task ahead of them in the first round of the NCAA Tournament, as they drew #15 seeded UCLA to face.

We've all seen the dance, here's the history of how it became a part of the Govs championship season and Friday's trip to the @NCAAVolleyball Tournament!#LetsGoPeay??#BeAGovBeAChampion? pic.twitter.com/1kkZj5ei4j