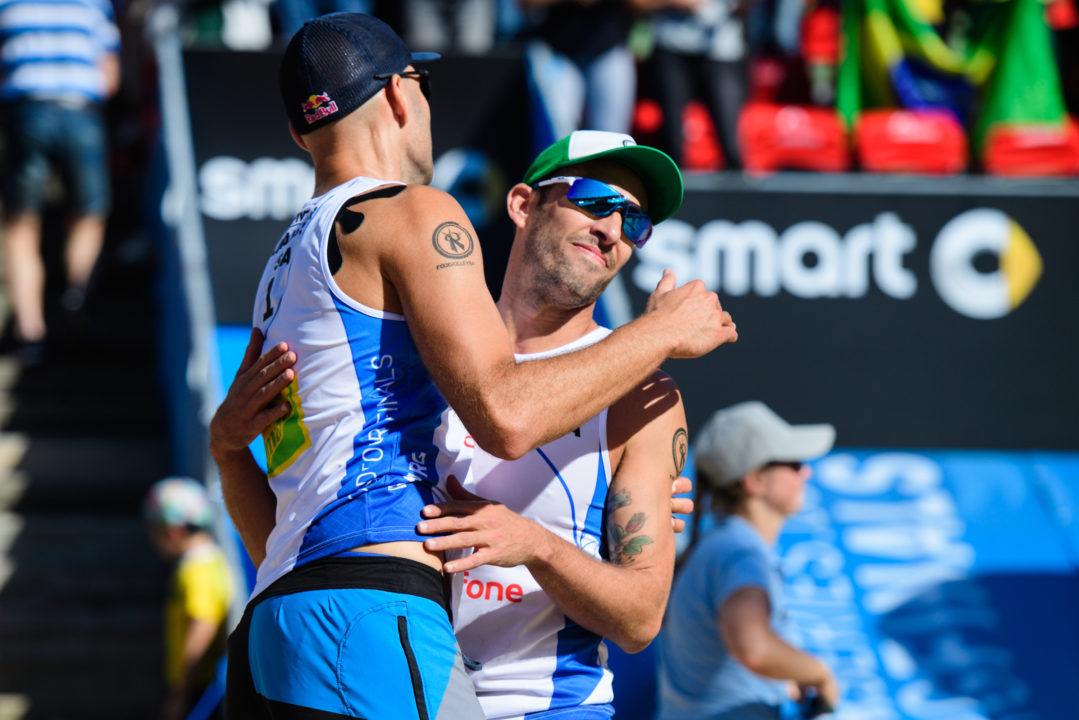 Phil Dalhausser and Nick Lucena won 3 of the 8 stops on the AVP Tour in 2018. Archive Photo via FIVB

The Association of Volleyball Professionals (AVP) has announced its 2018 tour stops. The oldest and most prestigious American beach tour, the AVP’s announcement came on the same day as its status was challenge – USA Volleyball announced a tour of its own – the USA National Beach Tour. Perhaps prompted by USA Volleyball’s announcement, the 2018 tour dates are being released much earlier than they were in 2017.

The tour will take a familiar route, once again opening in the beach mecca of Hungtingon Beach, California.

This year’s events will be hosted in the same 8 cities as last year’s, as the AVP settles into a standard hosting rotation. That includes Hermosa Beach, which returned to the hosting rotation last year after 4 years aligned with the rival NVL – which cancelled most of its season last year.

While AVP events are free to the general public, VIP tickets are sold – which this year will open on January 1st for AVP members ($20/year) and January 15th for everyone else.