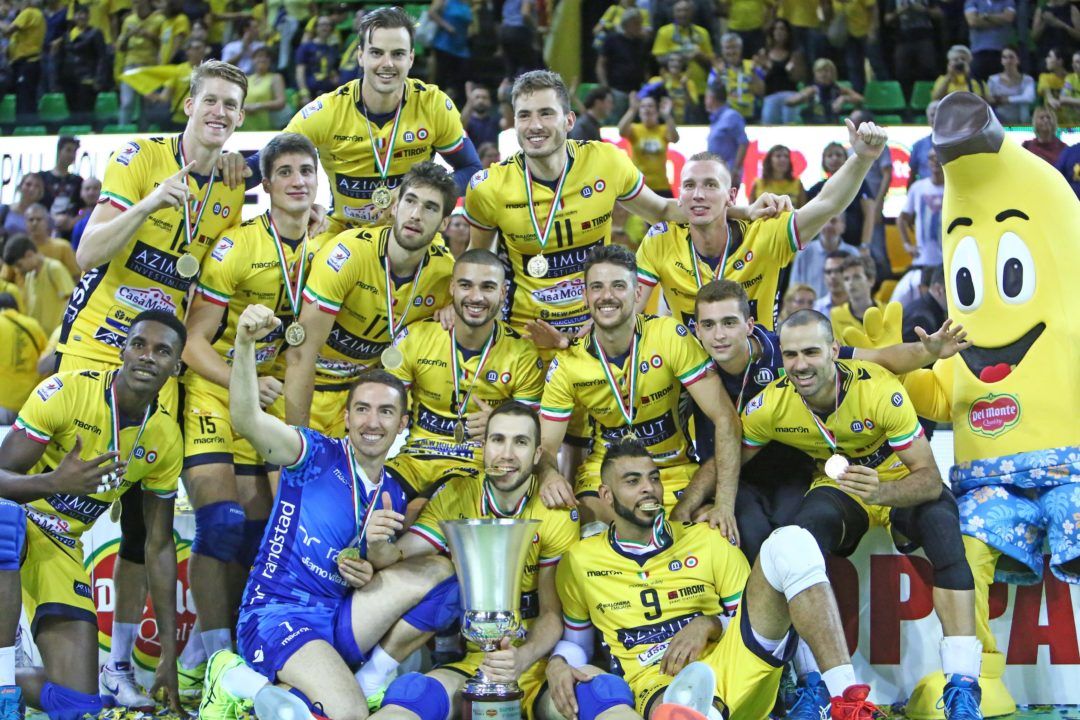 Pinali arrived at Modena three seasons ago, playing with the lower team and will now join the top team, Azimut Modena. In 2015-16, Pinali helped Volley Modena to the win in the Junior League and was awarded the MVP of the event. In 2016-17, he helped the team to the bronze medal of the Italian Championships. In 2016, Pinali was a part of the Italian Junior National team that participated in the European Championships, coming in fourth place, then ninth place at the 2017 World Cup.

“Playing for Reugia was something big for me, it was an honor to be contacted by Modena and we quickly found an agreement,” said Tosi.

The two will join a list of accomplished volleyballers from around the globe, including Earvin Ngapeth who has a contract extending to 2020, Maarten Van Garderen who is playing beach volleyball with Christiaan Varenhorst of the World Tour, Andrea Argenta and American Jennings Franciskovic.