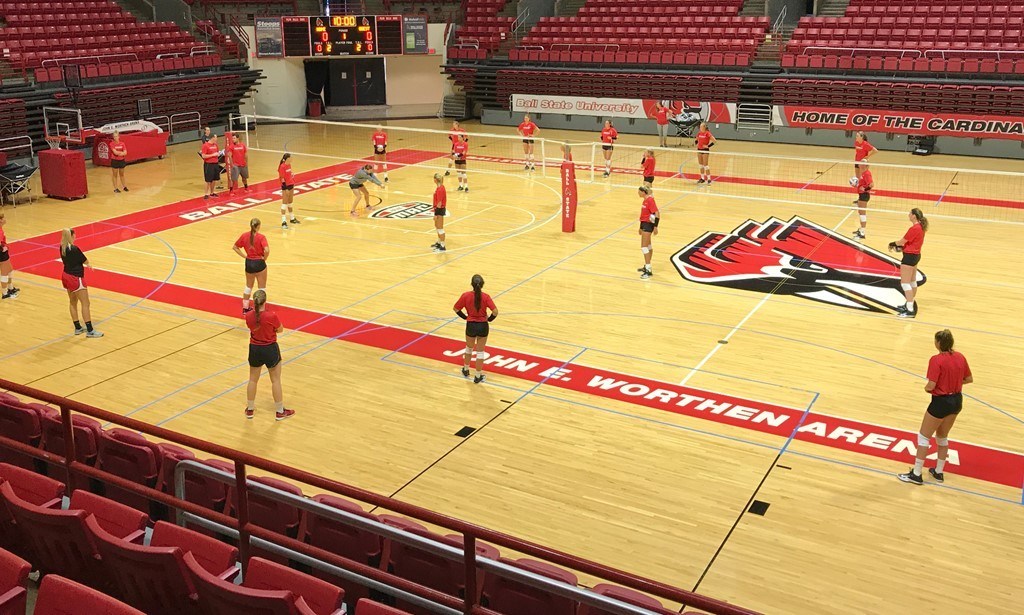 Ball State senior opposite Jessica Lindsey spent her first three seasons with the team as a non-scholarship walk-on. In her first... Current Photo via Ball State Athletics

Ball State senior opposite Jessica Lindsey spent her first three seasons with the team as a non-scholarship walk-on. In her first two seasons at Ball State, she recorded 153 kills, 59 digs and 61 blocks for 193.5 total points.

As a junior, she saw more limited action (1 dig in 1 set played), but impressed her coaching staff enough that when a scholarship opened up this summer, Ball State head coach Kelli Miller decided to award it to Lindsey for the 2017-2018 season.

Miller decided to surprise Lindsey with the scholarship on air with podcast The Net Live. Watch the emotional moment below:

The Cardinals start their 2017-2018 season on August 19th with their annual red-white scrimmage, and begin their intercollegiate schedule with the Indiana Invitational where they’ll play Indiana, Indiana State, and DePaul in Bloomington.

The team graduated only one senior last year after a 13-18 season. The team went 9-7 in MAC play, which left them 2nd in the conference’s West Division. They wound up being upset by 8th-seeded Western Michigan 3-0 in the opening round of the MAC tournament, in spite of beating Western Michigan twice in the regular season.