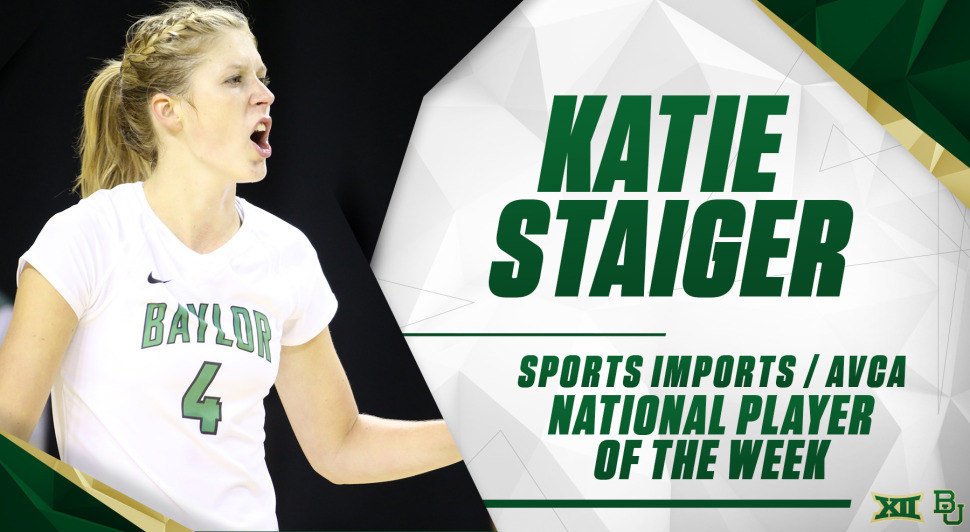 The Bears won all three of their matches last week, including a Big 12 opening 3-0 sweep over then #23 Kansas State. That effort earned Baylor 6 votes in the latest AVCA polls.

Baylor has another hgue matchup coming this week. After hosting Texas Tech, they will travel to play #8 Kansas on the road in Lawrence.

Staiger is just the second player  in Baylor history to earn this honor – and the first since 1999.