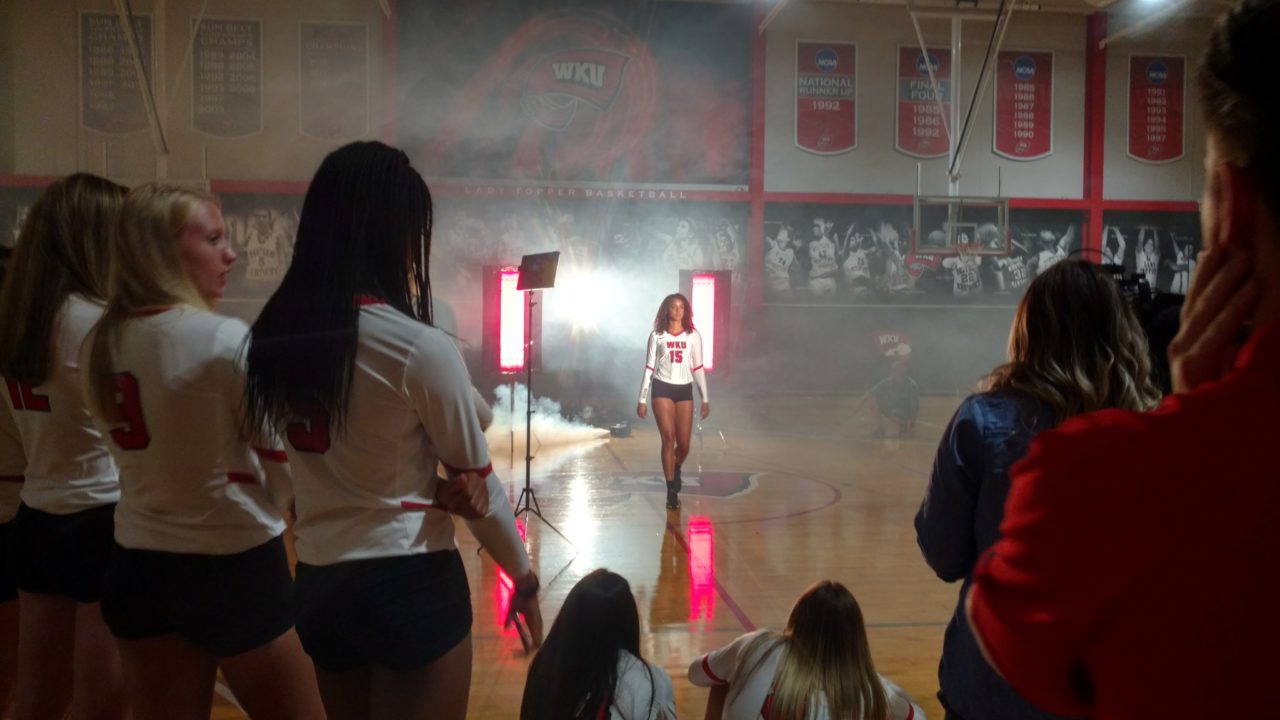 Ever wonder what it’s like to film those promo videos that light up scoreboards and Twitter accounts around the country... Archive Photo via Western Kentucky Athletics

Ever wonder what it’s like to film those promo videos that light up scoreboards and Twitter accounts around the country during college volleyball season? It’s exactly as much fun as you might think it would be.

Western Kentucky junior Emma Kowalkowski stepped behind the camera last week to show you what it’s like to shoot, complete with pyrotechnics, high speed golf cart chases, stunts, and even time spent in the kitchen – because if you wanna eat, you gotta cook.

Western Kentucky finished the 2017 season with a 31-4 record, including a 4th-straight Conference USA tournament title. They advanced to the NCAA national championship tournament where they swept Notre Dame in the opening round before losing 3-2 to Kentucky in the 2nd round.

The team graduated their leading scorer, Alyssa Cavanaugh (489 kills), and starting setter, Jessica Lucas, at the end of last season. Cavanaugh was the  2017 Conference USA Female Athlete of the Year and an AVCA Third-Team All-American, and Lucas was an AVCA Honorable Mention All-American. They’ll rely now on middle hitter Rachel Anderson, who was 2nd behind Cavanaugh with 420 kills last season, and led the team with a .413 hitting percentage.