Belogorie Gets Foreign Reinforcements in Petric and Perrin 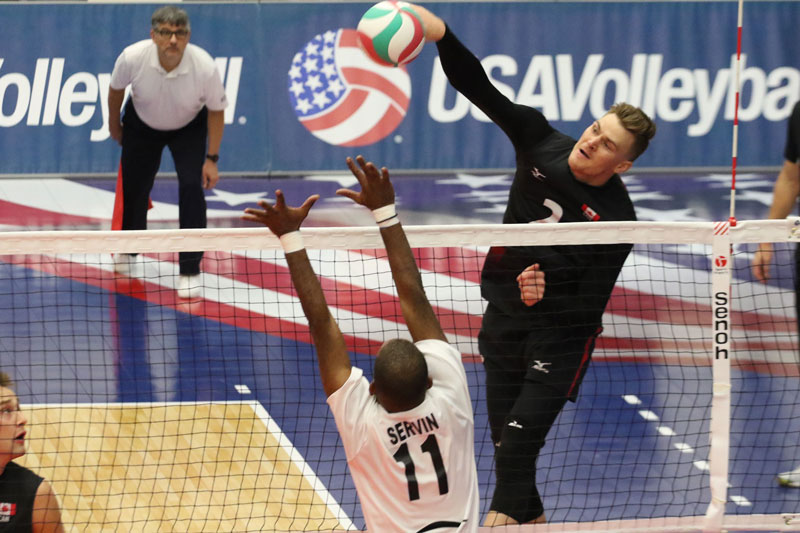 John Perrin and Nemanja Petrić will be the foreign players on the Belogorie Belgorod this upcoming season. They finished 5th last year and missed out on a spot in the CEV Champions League.  Current Photo via NORCECA

When asked about the 2018-2019 season for Belogorie Belgorod, Dmitriy Muserskiy said, “It was a very difficult season. There is nothing else to discuss about it.” There were flashes of promise as they finished the regular season in 2nd place. They added Gyorgy Grozer at opposite to make a run at the playoffs only to be upset by Kuzbass Kemerovo 2-0 in a best-of-3 quarterfinal series. They ended up in 5th place and missing out on the Champions League next season.

With two foreign players allowed on each team in the Russian Super League, Belogorie has turned to Serbia and Canada to fill those spots. They will bring in Nemanja Petrić and John Perrin. Both of these players are outside hitters, and have big shoes to fill. While the players they are replacing, Roman Danilov and Ian Iereshchenko, were not able to shoulder the load of attack from the left side with incredible success, the two newcomers will always be compared to Sergey Tetyukhin and Taras Khtey. With those two as outside hitters, Belogorie won the Russian Super League, the CEV Champions League, and the FIVB Club World Championships in 2014.

Petrić finished the season in Turkey with Halkbank Ankara. They won the Turkish league championship and the domestic cup this past season. Before that he won the Italian SuperLega title with Azimut Modena in 2016 as well as Coppa Italia titles in 2015 and 2016. Petrić also won two bronze medals at the European Championships (2013, 2017) and a silver medal at the World League (2015) with the Serbian National Team.

Perrin is returning to Europe after a season in China with BAIC Motors Beijing where they finished in the Chinese league. He previously played with Asseco Resovia (2016-2017) and LPR Piacenza (2015-2016). He started his professional career in Turkey with Arkas Izmir in 2011. While in Turkey, Perrin won Turkish titles in 2013 and 2015. He has been a regular with the Canadian National Team, winning the NORCECA Championship (2015), the NORCECA Champions Cup (2015), and bronze medal at the World League (2017).

Belogorie Belgorod will be competing in the CEV Challenge Cup in addition to the Russian Super League and the Russian Cup in the upcoming season.