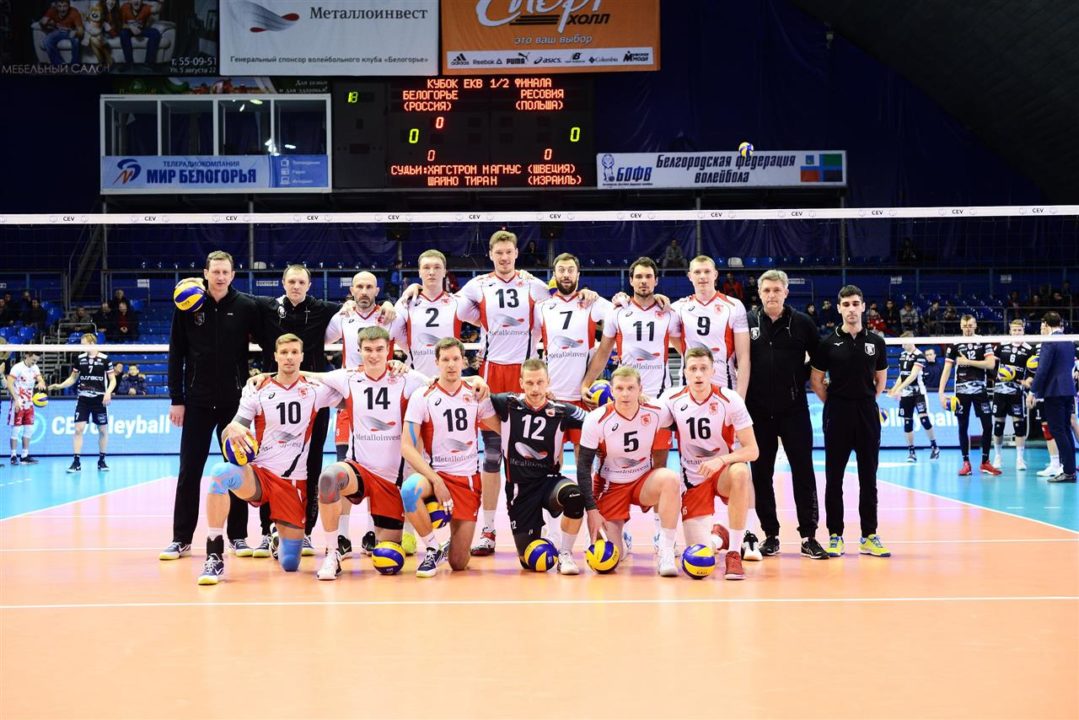 After just a few short weeks at the helm of Belogorie Belgorod in the Russian League, Vladimir Kuzyutkin was released as the team's head coach and replaced by Alexander Kosarev.  Current Photo via CEV

After just a few short weeks at the helm of Belogorie Belgorod in the Russian League, Vladimir Kuzyutkin was released as the team’s head coach and replaced by Alexander Kosarev.

Kuzyutkin was only the head coach of the team since mid-February 2018 and after a 3-0 loss to Kuzbass in the Russian Championship he was sent on his way. According to Championat.com, Kuzyutkin was dismissed from his head coaching role due to health issues associated with his age.

Kosarev is no stranger to the Belgorod team as he was the team’s former head coach last season and the team’s 4th during the 2017-18 season alone. Earlier coaches of the team this year have been Gheorghe Cretu and Alexander Bogomolov.

“The team chose a coach who will lead the team in the next matches of Rzeszow and Kuzbass,” said Taras Htey, Belgorod’s Sports Director.

On March 13, the team took down Asseco Resovia Rzeszow in the 2018 CEV Cup 3-0, (25-19, 25-18, 25-17). The team was led by Konstantin Bakun with 14 points followed by Dmitriy Muserskiy and Nikolay Nikolov with 11 and 10 points, respectively. Belgorod will take on Rzeszow again on March 20, needing the win to move onto the finals where they would face the winners of Ziraat Bankasi Ankara/Calzedonia Verona.