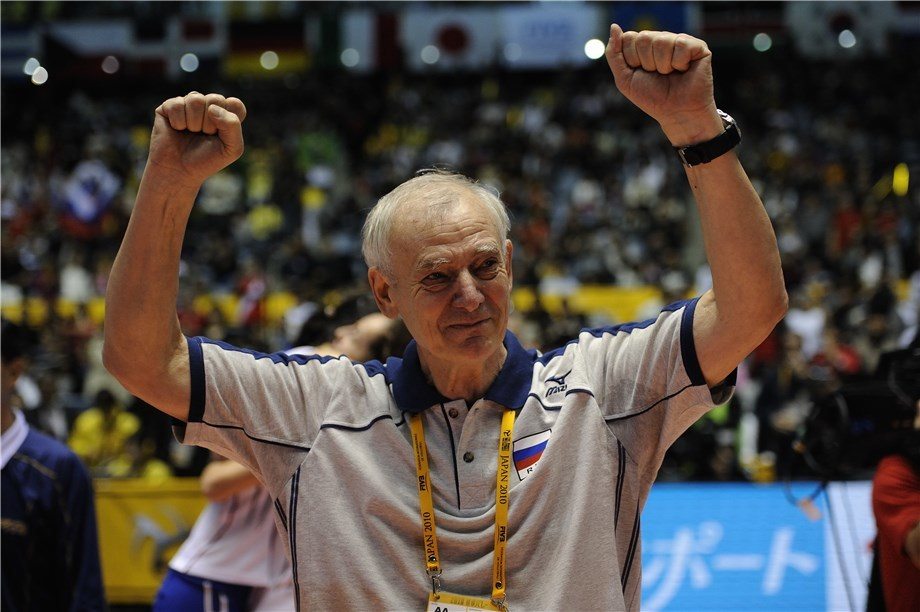 Kuzyutkin's signing is surprising, as he has seldom coached men's volleyball Current Photo via FIVB

Belogorie Belgorod has announced in its official website that it has signed coach Vladimir Kuzyutkin through the end of its 2017-18 season.

The 70-year-old Kuzyutkin is famous for having coached the Russian Women’s national team from 2009-11, winning the 2010 FIVB World Championship, and for a brief stint again in 2017, before being fired from the squad on the eve of Russia’s debut at the CEV European Championship. Kuzyutkin’s signing is surprising, as he has seldom coached men’s volleyball. Here is what he had to say of his signing:

“The club has two fronts to worry about, the CEV Cup and Superleague. It is not impossible to do well in both, and that is Gennady Yakovlevich to joing the team. I am experienced and can help the young players and young coaching starr. However, I categorically would not like to say that I come as a savior. A team that has in is roster Sergei Tetyukhin, Alexei Obmochayev , Sergei Grankin, Dmitry Musersky, does not need savior. Aid, yes, but not saving.”

“I think that every time you win, you performance was, in general, not bad. As for the lost set, we are not yet ready to win games unconditionally, everyone knows how many problems the team has. Therefore, there can always be places to improve. Today everyone knew that there was a lot of tension, because if we were to win, we could take a break and concentrate only on the CEV Cup. Therefore, even the more experienced athletes had their nerves worked. I have no complaints against them. As for the lost set – which team does not suffer a blackout from time to time? Yes, it was a blackout, but I would agree to have one everygame, as long as the team would come out with the win at the end.”

With the win, Belgorod currently sits in 2d place of Superleague’s standings with a 20-4 record. It has recently announced the return of German national Gyorgy Grozer to its squad.