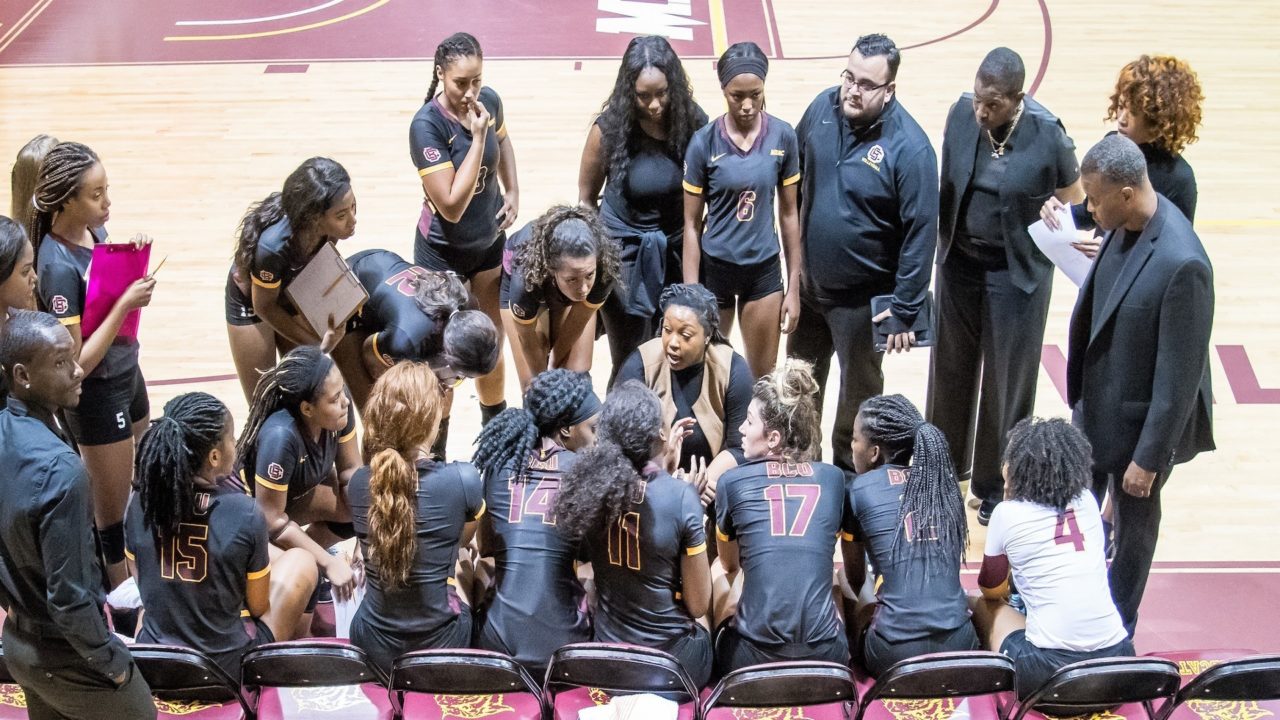 Bethune-Cookman is tacking on two junior college transfers to their 2018 roster. Archive Photo via Romeo Guzman

Bethune-Cookman is adding to its 2018 roster in the transfer market via the junior college level as Shayla Eugene from Panola College and Sterling Williamson from Santa Fe Community College will join the program.

Both players will be juniors once the fall officially starts up for the 2018 season. Each will have immediate eligibility as well to pair with their two years left of play.

A 5’4″ defensive specialist/libero from Fort Worth, Texas, Eugene spent her last season at Panola College after one year with Blinn College. For her sophomore season she recorded 55 digs (1.25 per set) and two aces. She was also an all-district performer at North Crowley High School.

“She has experience at the championship level,” Bethune-Cookman head coach Brittany Williams said in the team’s release of the news. “She will help to round out a strong defensive group.”

Rounding out the duo is Williamson, a 6’0″ pin player who can play either side (outside hitter/opposite) from Phoenix, Arizona. In her most recent season she was a First-Team All-Conference pick at Santa Fe Community College when she notched 220 kills (2.18 per set) on a .234 mark, 82 blocks (0.81 per set), 64 digs (0.63 per set) and five aces. She also led O’Connor High School to two regional championships in her prep career.

“Sterling will bring a lot of depth at the pin position for us this season,” Williams added in the release. “She’s a proven leader and comes from a very strong background and has been successful at all levels she’s competed. She will play a big part for us offensively next season”

The Wildcats are coming off of a 12-14 season in 2017 in which they went 9-1 – tying for the Southern Division lead – before being upended in the opening round of the conference tournament.