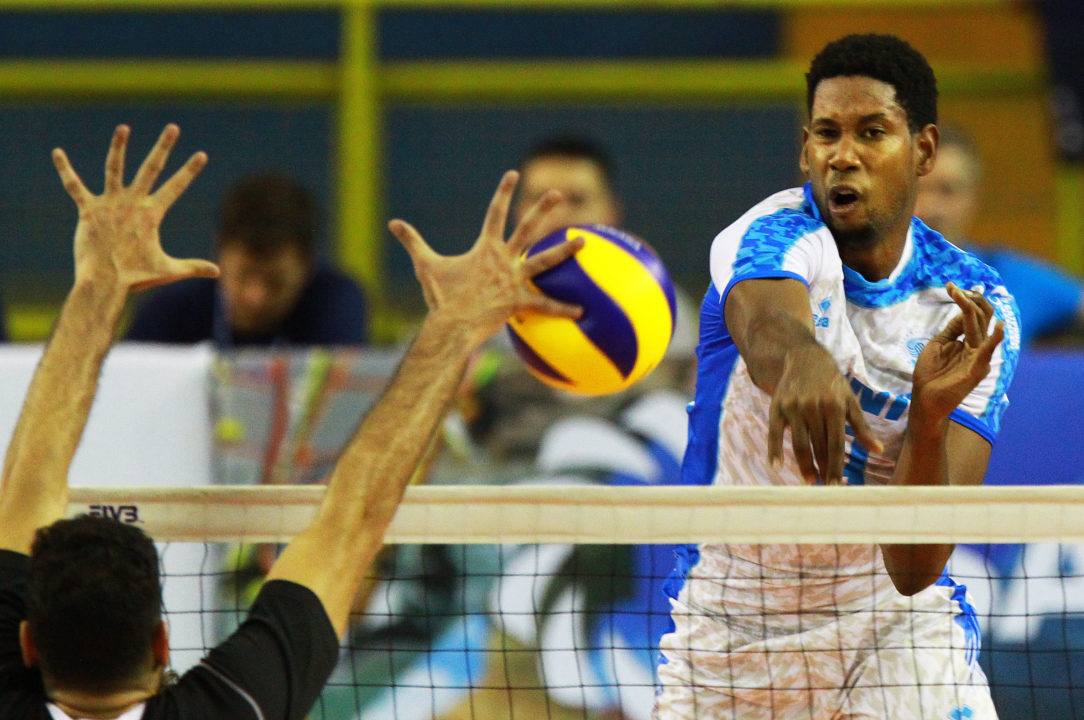 Speaking this week at the Jersey Wagner Memorial tournament in Krakow, president of the Polish Volleyball Federation Jacek Kasprzyk told Sport.pl that Wilfredo Leon would be eligible to play for Poland at the 2019 European Championships.

Kasprzyk says that Leon’s 2-year grace period, required when changing sports representation, has begun. While the president says that while he won’t be eligible to compete at the 2018 World Championships when Poland will be trying to defend their title in Italy and Bulgaria, he expects the Cuban-born, 24-year old outside hitter to be eligible by the 2019 European Championships.

Leon defected from Cuba 4 years ago and received his Polish citizenship on June 24, 2016 – opting not to compete for the Cuban National Team with whom he had played from 2007-2012 (beginning when he was just 14 years old). He was called a traitor in Cuba for his decision, but remains steadfast in his desire to represent Poland. Leon last played internationally for Cuba at the 2012 World League, where Cuba took bronze and Poland won gold.

Leon wed his long-time Polish girlfriend Malgorzata Gronkowska in June of 2016, and while Yoandry Leal, anther Cuban, was approved to represent Brazil, Leon went without his confirmation – for still unexplained reasons.

Leon is currently playing with Zenit Kazan in the Russian league, with whom he has won the last 3 European Champions Leagues in addition to 7 domestic league and cup titles in 3 seasons. Leon was named the best outside hitter of the 2017 Champions League and the MVP of the 2016 and 2015 events.

Also in the interview (which can be read here, in Polish), Kasprzyk says that the Polish team isn’t waiting for his arrival. While the team failed to advance to the Final 6 of this year’s World League, he says that they were one win away from a spot in the world’s elite, so he “doesn’t know if it was so bad.” He says the team’s goal is to win this week’s Wagner Memorial tournament and the European Championships in three weeks – back in front of a home crowd in Krakow.

Meanwhile, Leon has become one of the highest-paid male volleyball players in the world, with rumors of a salary of more than half-a-million dollars per year.