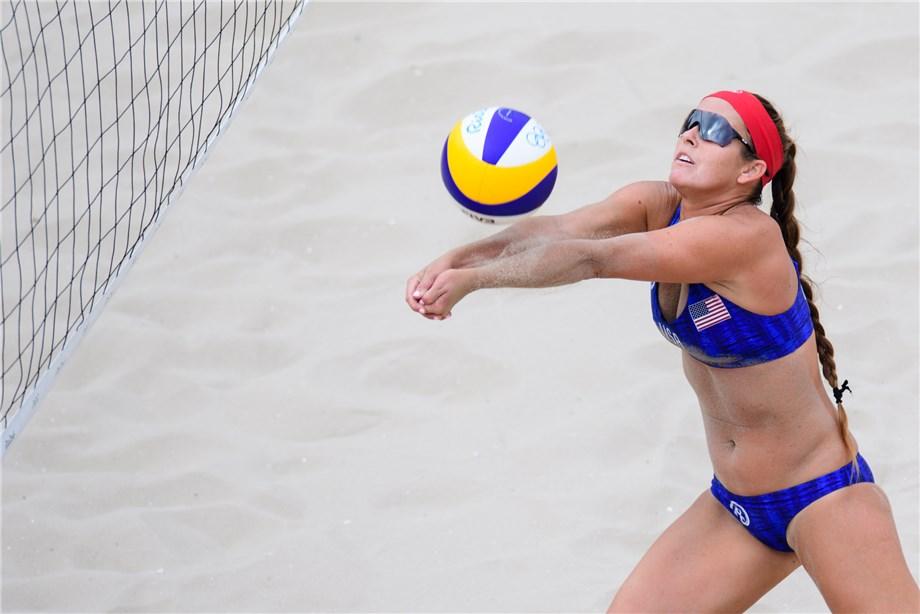 Brooke Sweat and Emily Day made their debut appearance as a pair at the Trinidad & Tobago NORCECA tournament on... Current Photo via FINA

Brooke Sweat and Emily Day made their debut appearance as a pair at the Trinidad & Tobago NORCECA tournament on November 25-27.

The pair took third in the tournament over Cuban pair Yanisleidis Sanchez and Lidiannis Echeverris in three sets, 21-15, 21-23, 15-10.

Sweat previously was paired with Lauren Fendrick beginning in 2014 and competed together until the 2016 Rio Olympic Games.

Prior to her pairing with Fendrick, she partnered with Jennifer Fopma in 2012 and 2013 where the pair took bronze at the 2013 Berlin Grand Slam.

Day has played with a number of partners since her World Tour debut in 2011 Quebec Open with Heather-Lee McGuire. For the past two years she has paired with London 2012 silver medalist Jennifer Kessy. The duo won bronze at the 2015 Antalya Open in Turkey.

The pair is looking to make their World Tour debut at the Fort Lauderdale Major in Florida, which is the opening of the 2017 World Tour from February 7-12.