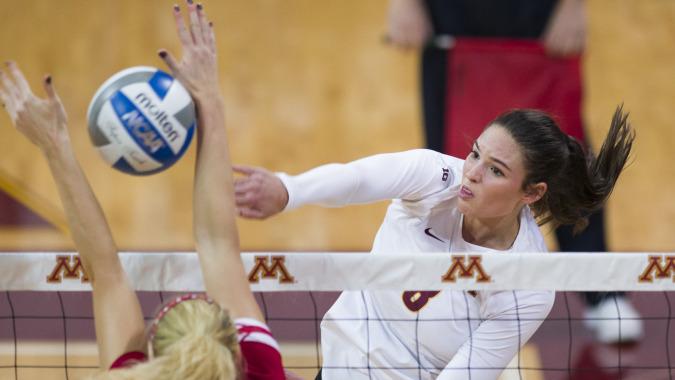 Wilhite averaged 4.20 kills per set and had 42 kills this past week against then-No. 1 Nebraska and No. 3 Wisconsin to close out the regular season. Wilhite hit .296 in that span, while adding four assists, 44 digs. Against Nebraska, she posted 19 kills and a career-high 25 digs as the Gophers erased an 0-2 match deficit. Wilhite followed with a 23-kill, 19-dig performance against No. 3 Wisconsin to close out the regular season. As the Gophers trailed the match, 1-2 to the Badgers, Wilhite had 17 kills, did not commit an error in 27 attempts in the final two sets to push the Gophers to a victory. In the match, Wilhite hit .377 against the Badgers and also added two assists, an ace and a block. The pair of double-doubles this week was her 10th and 11th this season.

The Wilhite National Player of the Week award is the first Gopher award this season and second in two years. Hannah Tapp also garnered the award last season. Prior to that, the last time a Gopher received the award dated back to 2008.

During the 2016 season, the Gophers received 13 weekly Big Ten honors, including four by Wilhite, four setter of the week honors by Samantha Seliger-Swenson, three freshman of the week selections by Alexis Hart and one defensive player of the week nods for both Hannah Tapp and Molly Lohman.