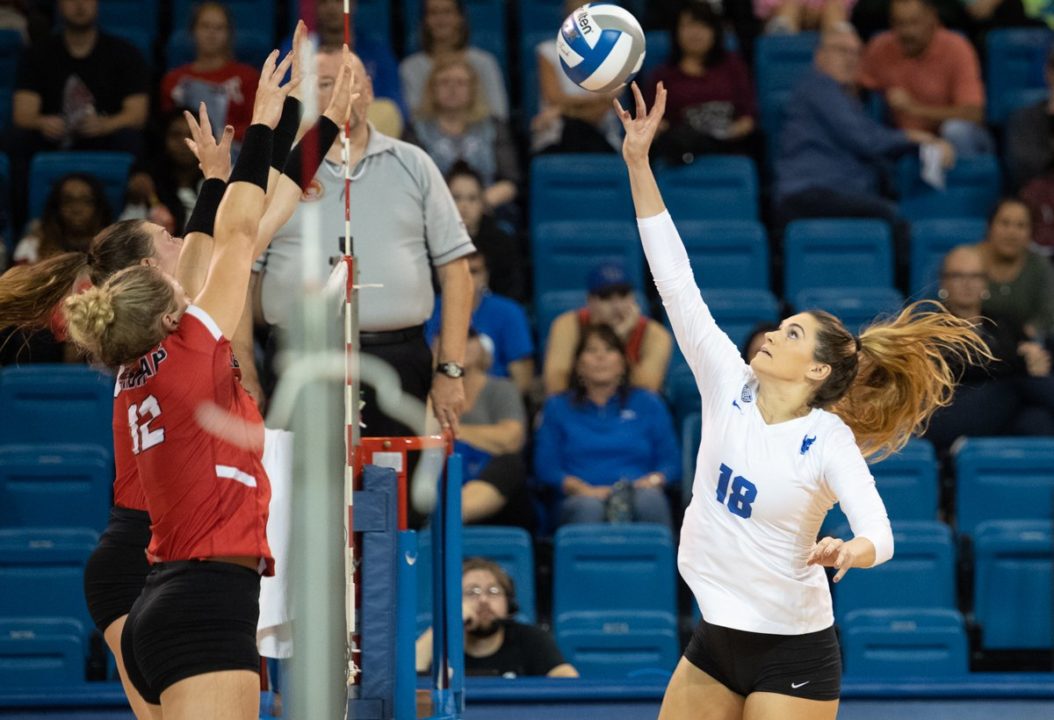 BUFFALO, NY – After winning a pair of matches last weekend on the road, the University at Buffalo volleyball team will return home for a pair of matches against MAC West competition.  In addition to the two matches, Saturday evening’s contest will serve as UB’s Spirt Day match. Both contests will begin at 6pm and are free to the public.

The Bulls will begin action on Friday evening when they host Eastern Michigan in a match that will air on ESPN+.  It will be a pivotal match as it relates to seeding in the MAC Tournament.  The Bulls enter the weekend with a 12-8 record and a 4-4 mark in league play following their road victories at Western Michigan and Northern Illinois last week.  Buffalo continues to be led offensively by sophomore Andrea Mitrovic, who has 327 kills on the season, amongst the most in the nation.  She is coming off a 26-kill, 23-dig performance against Northern Illinois as she was named the MAC East Offensive Player of the Week for the fourth time this season.

The Eagles are 13-9 overall and 5-3 in league play entering Friday night’s match.  Eastern Michigan has two players with over 200 kills, led by Jordan Smith, who has 272.  Cassie Haut is one of the leading blockers in the league, averaging 1.11 per set.  EMU opened league play with a 5-1 record, but is looking to snap a two-match losing streak following home defeats to Miami and Bowling Green.

On Saturday, UB will welcome Central Michigan to Alumni Arena for Spirit Day.  The Chippewas enter the weekend still looking for their first conference victory.  CMU is 3-17 overall and 0-8 in league play heading to Akron on Friday night. Kalina Smith leads the Chippewas with 203 kills, while Megan Kern leads them defensively with 250 digs.

Spirit Day is a means of speaking out against LGBTQ bullying and standing with LGBTQ youth, who disproportionately face bullying and harassment because of their identities. Pledging to “go purple” on Spirit Day is a way for everyone — forward-thinking companies, global leaders, respected celebrities, neighbors, parents, classmates, and friends — to visibly show solidarity with LGBTQ youth and to take part in the largest, most visible anti-bullying campaign in the world.