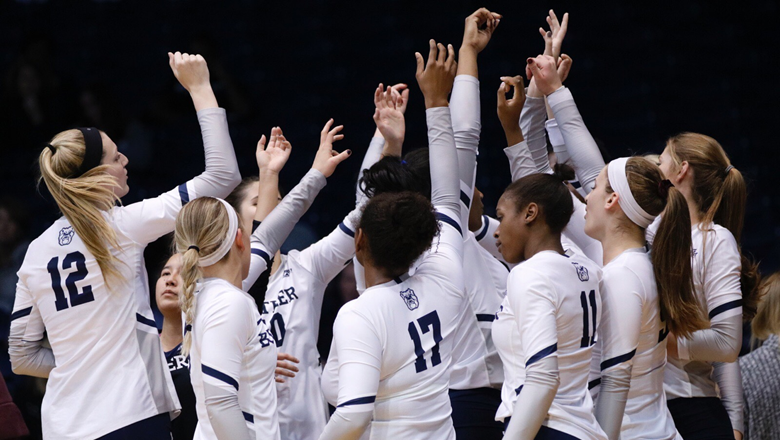 Butler is adding to the 2018 edition of its team via the transfer market with former Dayton Flyer Maria Schorr. A 5’11” setter, Schorr will be a redshirt freshman in 2018 with four years left of play. She is currently listed on the 2018 Butler roster, but has yet to be officially introduced, but it is likely due to the school semester wrapping up as the change in conferences should allow her to be immediately eligible.

A native of Indianapolis, Indiana, Schorr attended Cathedral High School where she became the career record-holder in assists and sets played, as well as assists per set in one season. For her play, she was named to the Under Armour All-America Honorable Mention list.

The loss leaves Dayton with two returning setters for 2018 in Bridget Doherty and Brooke Westbeld. They are coming off of a 23-8 season in which they went 13-1 in the Atlantic 10.

After winning 12 matches in 2015, Butler has recorded back-to-back 20+ win seasons, going 20-14 in 2016 and 23-8 in 2017. That included a 13-5 finish in the Big East, pushing them to the four-team Big East Tournament. They’ll be looking for even more in the fall of 2018, as Schorr joins returning setter Maddie Freiwald (16 matches played, zero starts last year) to compete for the starting gig with Makayla Ferguson exhausting her eligibility.