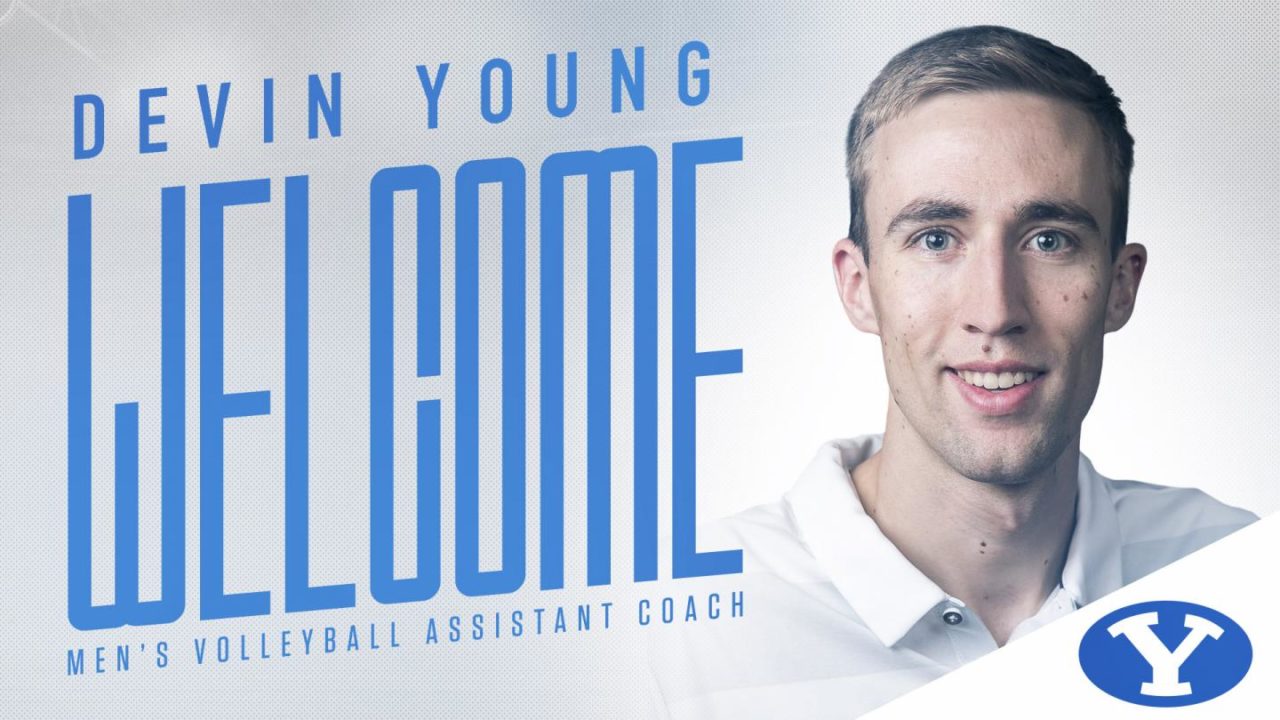 The BYU men’s volleyball team had to make a couple of changes to its coaching staff this offseason after losing a pair of assistants to other jobs. After making one move back in late June, the Cougars have nailed down their second new assistant to round out the staff in former BYU men’s player Devin Young.

The team had two openings in the offseason for head coach Shawn Olmstead to fill after Luka Slabe moved on as an assistant with Team USA and Jaylen Reyes joined Nebraska’s womens team as an assistant. That number went down to one in the summer though when Olmstead hired Micah Naone.

Young was a middle blocker for the Cougars in 2008 and 2011-2014. In 2013 and 2014, he helped the team win the MPSF regular season and tournament championships. They also made the NCAA Tournament in each of those seasons and appeared in the National Championship match in 2013.

Individually, Young was All-MPSF Second-Team as a senior and averaged 1.38 kills per set along with 1.09 blocks per set for his career.

“As a staff and as a program we are excited about the addition of Devin,” Olmstead added in the release. “As a student-athlete at BYU, Devin was fortunate to be surrounded and mentored by great coaches and teammates. He was a part of some very successful teams here at BYU and learned the value of hard work and competition. It’s always nice to have former Cougars on board to mentor our players that are striving to keep the tradition of excellence that is BYU volleyball.”

Following his graduation from the school, Young coached high school and club volleyball in Wisconsin. He moved back to Utah in 2017 though to work with VolleyMetrics.

“I’m grateful for this amazing opportunity,” Young said in the release. “Thank you to Shawn Olmstead, Brian Santiago, Tom Holmoe and Vice President Matt Richardson for giving me the chance to be back at BYU. Some of my greatest memories are from playing in the Smith Fieldhouse in front of our amazing fans. I’m excited to be back in the gym and will work hard to maintain the high standard of excellence that everyone before me has built.”

BYU finished the 2018 season at 22-7 and 10-2 in the MPSF en route to regular and postseason titles. They also made the Volley Four and finished the season ranked third in the VolleyMob Top 20 Power Rankings, where they are also slotted at fifth in the Way-Too-Early edition for 2019.