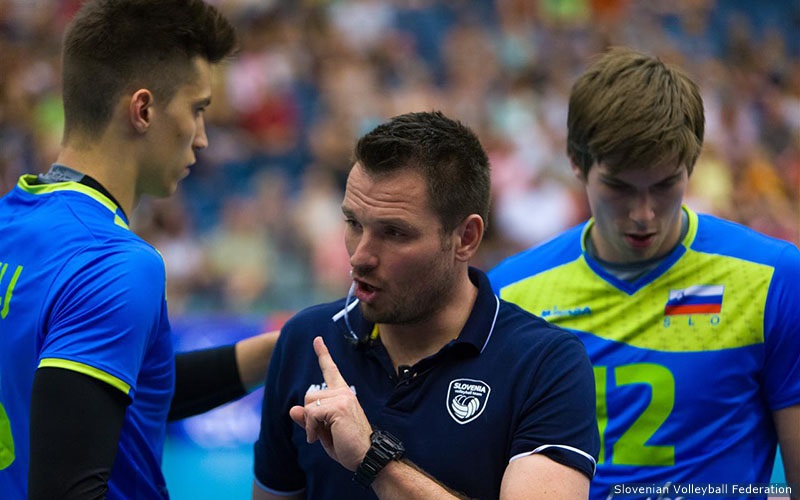 “Luka has a long and skillful track record of helping everyone around him – players and staff alike – learn and improve,” Kiraly said. “He has a great eye for the nuances of this complex game. He has a unique range of experiences, including already having served as a national team head coach, and he is a really hard worker. We’re ecstatic to have him join our staff, and bring those traits to bear in our Women’s National Team’s quest to play this game better than it’s ever been played before.”

Slabe, who joined the BYU staff in 2015 after a three-year stint as the Slovenian men’s national team coach, has a rich history as a professional coach in Europe, acting as head coach with four different teams, earning six national and international titles from 2008 to 2015.

The BYU alum was a member of the Cougars’ national championship squad in 2001 and runner-up team in 2003. Since returning to Provo in May 2015, Slabe has helped guide BYU to a 53-9 record including NCAA runner-up finishes in 2016 and 2017 as well as back to back MPSF titles. Under his tutelage, Cougar players have earned eight All-America honors.

“I would like to thank coach Kiraly, the U.S. Women’s National Team and USA Volleyball for this opportunity to assist coaching one of the best teams in the world,” Slabe said. “I am very pleased to be returning to the arenas of the international volleyball community, where I have spent coaching most of my career prior to joining Brigham Young University. I hope I will be able to contribute and influence our team and staff by bringing my values and international experience to the gym.”

Slabe will join the women’s national team staff at the conclusion of the BYU men’s season. The Cougars are currently 6-4 on the season and open MPSF play against USC on Saturday.