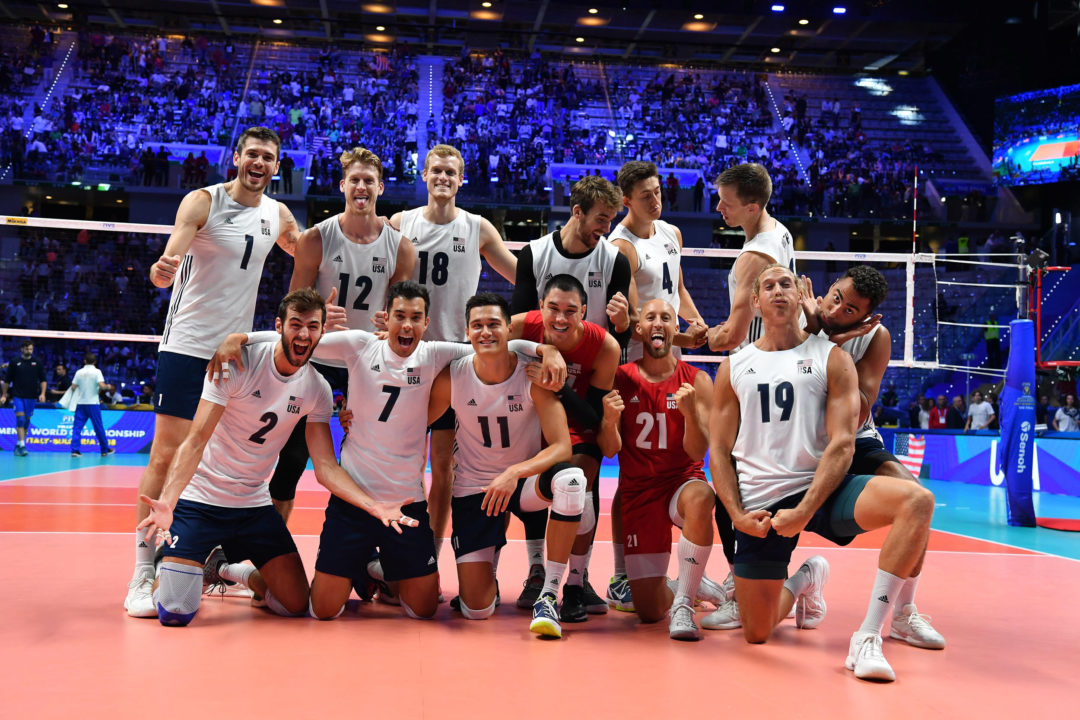 COLORADO SPRINGS, Colo. – The United States Olympic Committee today announced finalists for the Team USA Awards presented by Dow, Best of September, which recognize the outstanding achievements of Team USA athletes from last month. Fans are invited to vote for their favorite athletes and teams at TeamUSA.org/Awards through midnight Monday, Oct. 8.

A total of eight sports – including basketball, equestrian, Para-equestrian, paratriathlon, shooting, triathlon, volleyball and wrestling – are represented among the 13 finalists across men’s, women’s and team categories. The finalists’ collective accomplishments tell the inspiring story of U.S. Olympic and Paralympic athletes year-round.

In addition to Dow, the presenting sponsor, the Team USA Awards are supported by DICK’S Sporting Goods and USG.

Mark Barr (Davis, California), Paratriathlon
Capped his undefeated season with a gold medal in the men’s PTS2 at the ITU Paratriathlon World Championships.

Vincent Hancock (Eatonton, Georgia), Shooting
Won his fourth world championship title in skeet shooting at the ISSF World Championships, tying the world record in qualification by shooting a perfect 125-125 targets, and tying the finals world record by missing only one target.

Team of the Month

U.S. Jumping Team, Equestrian
Won a historic gold medal at the FEI World Equestrian Games in a thrilling jump-off against Sweden –marking the first world title for the U.S. since 1986 – and secured a national team quota spot for the Olympic Games Tokyo 2020.

SELECTION PROCESS
Each National Governing Body may nominate one female, one male and one team per sport discipline. An internal nominating committee selects finalists to advance to the voting round. Votes received from NGB representatives and select members of the media account for 50 percent of the final tally, with the other half determined by online fan voting via TeamUSA.org/Awards.