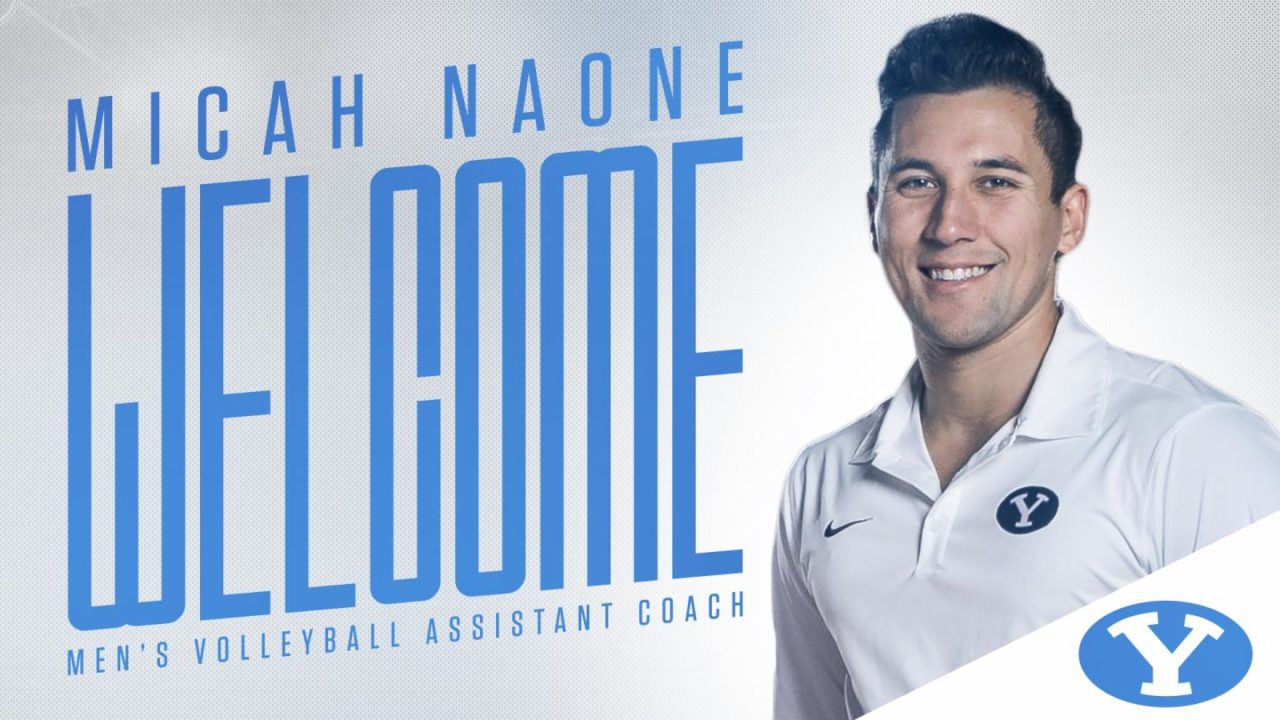 BYU has hired Micah Naone as an assistant coach for their men's team. Naone worked as a volunteer assistant for the 2018 season.  Current Photo via BYU Athletics

BYU head coach Shawn Olmstead had a tall task ahead of him at the conclusion of the 2018 season. After ending their season against UCLA in the semifinals of the NCAA Championships, the Cougars lost a pair of assistant coaches. Luka Slabe left Provo to join the USA Women’s National Team staff and work under Karch Kiraly. Slabe has extensive international and professional coaching experience.  He was the head coach of the Slovenian National Team and coached two separate clubs in the CEV Champions League (ACH Volley and AICH/DOB Posojilnica). Jalen Reyes started coaching for the Cougars after finishing his collegiate playing career in 2015. He is heading to Nebraska to join the coaching staff for the defending national champion women’s program.

On Tuesday it was announced that Micah Naone has been hired to the coaching staff. Naone served as a volunteer assistant for the Cougars for the 2018 season. He helped BYU achieve a 22-7 overall record and win the Mountain Pacific Sports Federation with a 10-2 conference record. They also won the conference tournament and their third consecutive appearance in the semifinals of the NCAA Championships set a school record.

“Micah was an integral part of our team’s success over the last season,” Olmstead said. “He was eager to learn each day and do all he could to contribute to our players and our staff. We look forward to Micah’s presence on the road while recruiting and in the gym.”

Naone came to BYU from Honolulu, Hawaii. He and Jalen Reyes were teammates at Kamehameha High School. After high school he earned a bachelor’s degree in business management in 2016 from the Univeristy of Hawaii – West Oahu. Naone coached at various clubs and high schools in Hawaii prior to arriving in Provo. He also helped coach at multiple BYU volleyball camps.

“I’m really excited to be working here at BYU,” Naone said. “I’m thankful to director of athletics Tom Holmoe, deputy athletic director Brian Santiago, BYU vice president Matt Richardson and head coach Shawn Olmstead for trusting me and giving me this opportunity. I want to help maintain the high standard that the program currently holds so that it continues to be successful.”