BYU’s Jones-Perry Tabbed as WCC Player of the Week 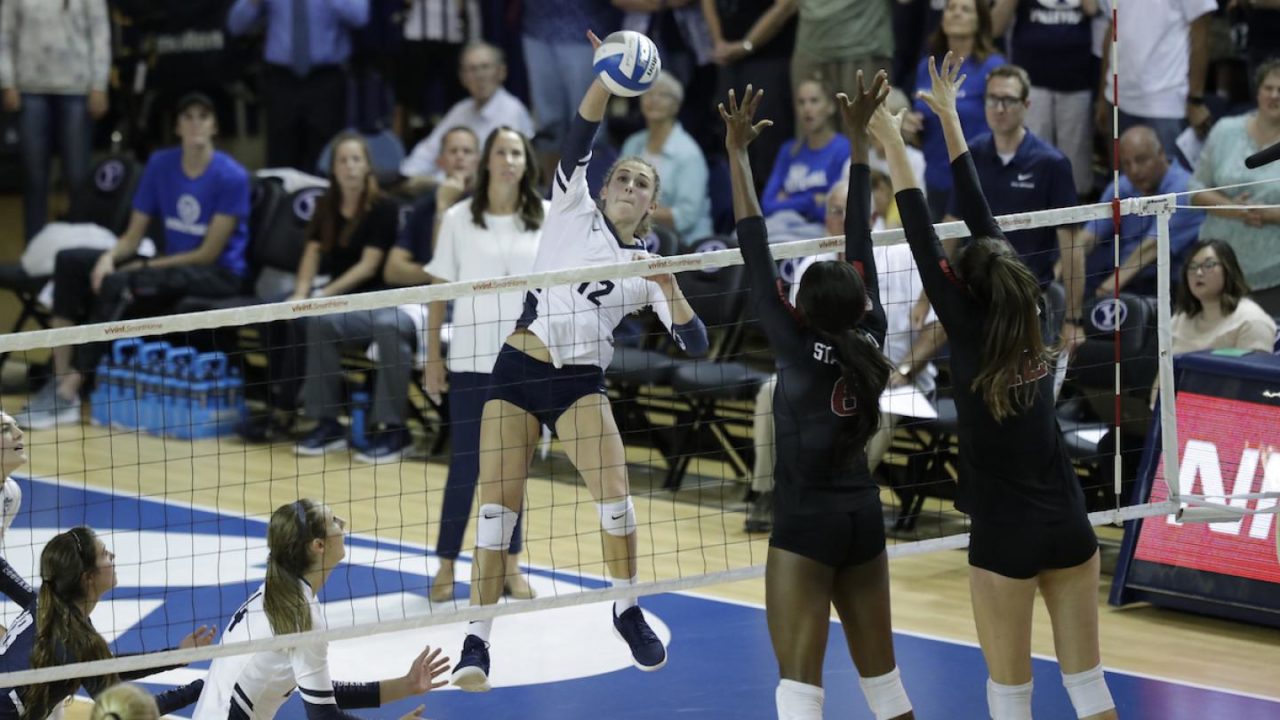 SAN BRUNO, Calif. – The West Coast Conference has named its Volleyball Player of the Week for September 3, 2018.

Against West Virginia, Jones-Perry led all players with 13 kills while hitting at a .417 clip to go along with six digs. Then, against the top-ranked Cardinal, she put up a team-best 20 kills and 10 digs (one shy of her career high) for a double-double to go with five blocks and two aces. Against Wichita State, Jones-Perry put up a match-high 16 kills on a career-high .682 hitting percentage. She also added eight digs in the sweep.

On the week, she averaged 4.45 kills per set, 5.36 points per set and 2.18 digs per set while hitting at a .444 clip. For her efforts, Jones-Perry was added to the all-tournament team and named the Most Valuable Player of the invitational.

The senior also posted her 1,000th career kill vs. Stanford.

Amidst last night’s stellar performance, Roni-Jones Perry picked up the 1,000 kill of her career!💥 SHE CAN’T BE STOPPED!!#BYUWVB #GoCougs pic.twitter.com/dWnyQk2fh2