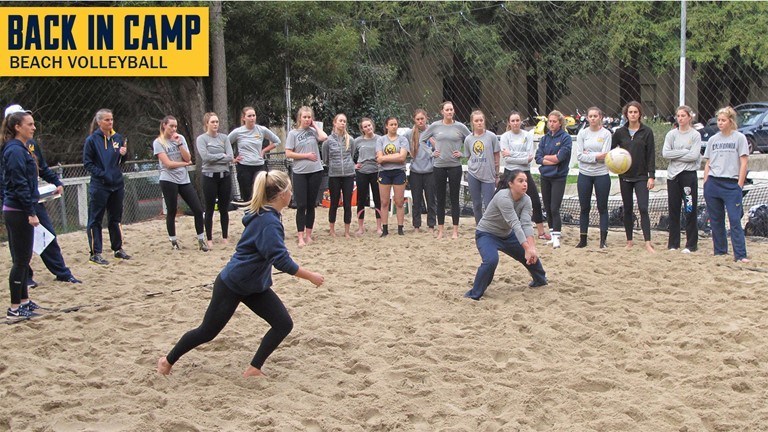 The Cal beach volleyball team will play eight matches against opponents that were ranked in the final 2016 DiG Magazine... Current Photo via Cal Athletics

The Cal beach volleyball team will play eight matches against opponents that were ranked in the final 2016 DiG Magazine poll in the 2017 schedule that was announced Friday.

The Bears, who finished last season ranked No. 16 in the final rankings, open the season at the Stanford Tournament on Mar. 4-5. Their first home date will be Mar. 10 against Saint Mary’s, which ended last year as the No. 17 team in the nation.

Cal also has home dates against Sacramento State on Mar. 18, a tri-meet with Saint Mary’s and San Jose State on Mar. 24 and a dual match against Washington on April 14.

The Bears will face four opponents that were ranked in the final AVCA top-10 last season, including defending NCAA champion USC. That will be part of a challenging road trip in late March, when Cal plays Long Beach State (No. 9) and UCLA (No. 3) in a tri-meet before visiting the Trojans. The Bears close out the regular season at Arizona, ranked 6th in last year’s final poll.

The Pac-12 Championships will be held Apr. 27-29 at Arizona with the NCAA Championships taking place May 5-7 in Gulf Shores, Ala.