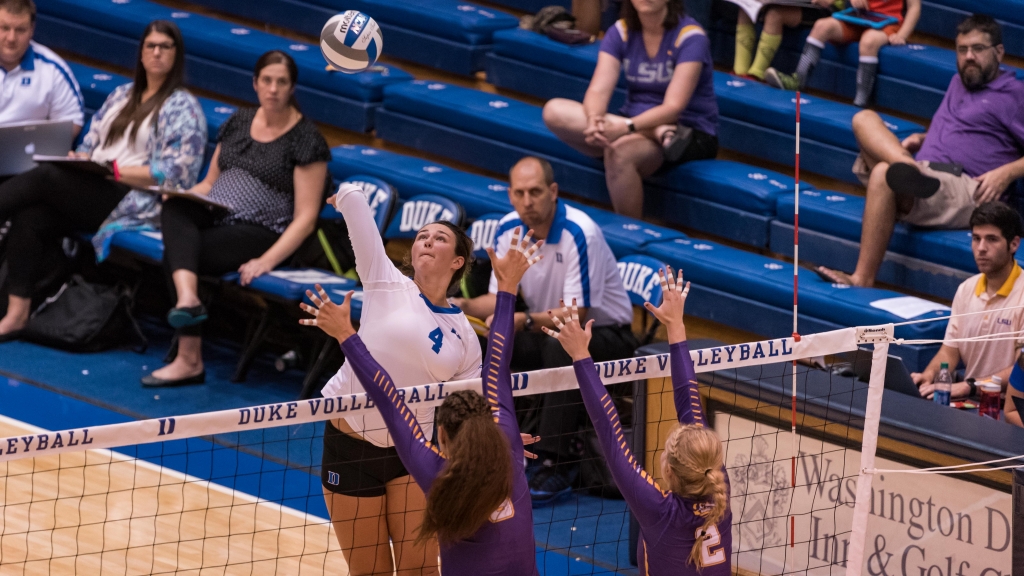 Coming off of a season in which they became ranked and posted an unbeaten record en route to a Big West title, Cal Poly is bolstering its 2018 roster with the addition of Jamie Stivers, a transfer from Duke. Stivers will be a sophomore in 2018 and besides playing indoor, will also play with the beach team.

A 6’2″ outside hitter, Stivers joined Duke in 2016 after she was a 2015 Under Armour All-America Honorable Mention choice her senior year at Coppell High School in Texas. She appeared in 28 matches, making 18 starts, in year one and logged 183 kills, 244 digs and 24 aces. Stivers sat out this past season and will retain sophomore eligibility.

Stivers should feel good about some of the competition she will play in the Big West too after she had her strongest performance of 17 kills against Long Beach State.

Indoors, Cal Poly went 27-3 this year and finished ranked in the VolleyMob Top 25 after winning the Big West and making the second round of the NCAA Tournament. They do lose three seniors though, including outside hitter Raeann Greisen, an All-Big West First-Team performer in 2017. It seems that Stivers should slide into that role for what should be a dominant offense next season.