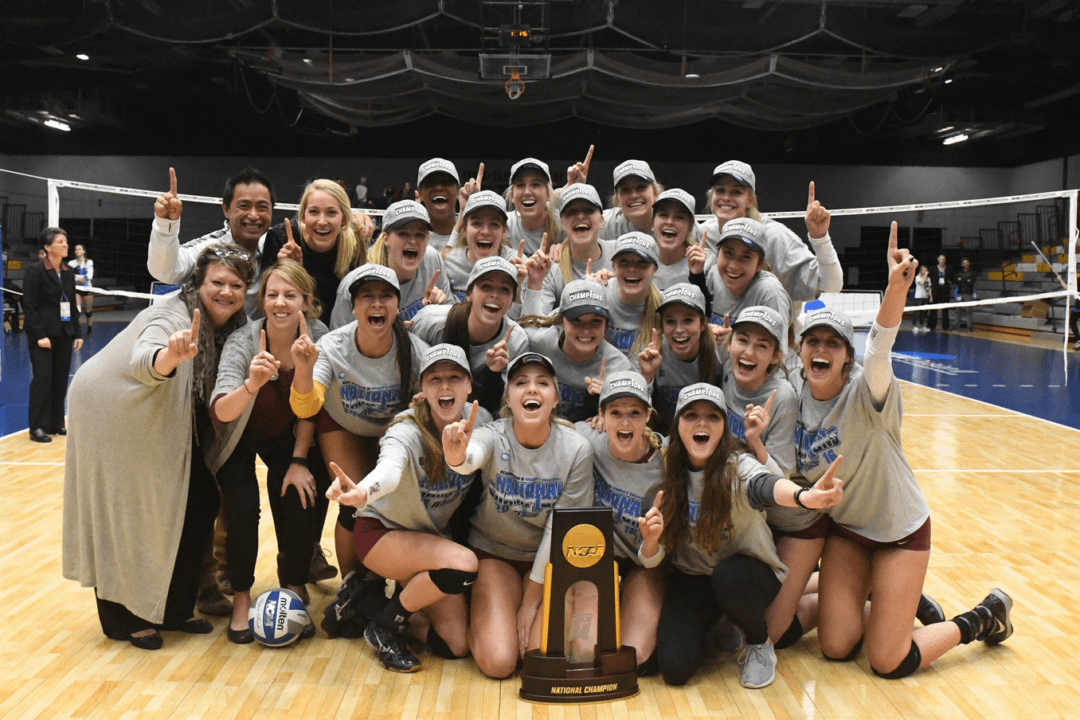 The Calvin Knights completed a near-perfect season on Saturday for the program’s 3rd NCAA Division III title, adding to ones... Archive Photo via Calvin Athletics

Unsurprisingly, their senior, captain and best player Laura Danhoff was named the Most Outstanding Player of the NCAA D3 tournament.

Danhoff, #11 in your scorebooks, had at least 10 kills in every NCAA tournament game aside from the championship (where the Knights spread the scoring load). That included a high of 21 in the elite 8 against Emory, which was the closest to an upset anybody came in the tournament. Combined with 9 total aces and 18 blocks, Danhoff averaged 14.5 kills and almost 18 total points per game during the 6 games of the NCAA tournament for the Knights.

Not to be outdone, her teammates Sarah DeVries and Jenna Lodewyk were also put on the all-tournament team. DeVries was highly efficient during the tournament and hit .400 on 54 kills across 2 weeks of competition. Lodewyk, the team’s primary setter, averaged 38 assists per game, to go with 6 total aces and 46 digs.

The runners-up from WashU ahad a pair of their own named to the all-tournament team. Caroline DuPont was the team’s leading hitter with 3.2/set and a .367 average. That included 21kills in a 3-2 win over Mary Washington in the Elite 8. Julianne Malek wasn’t far behind with 2.8 kills/set, and she chipped in 20 blocks during the tournament as well.

Leesa Hulstrand from University of Northwestern – St. Paul was named as a second setter to the team, averaging 17 assists per game, 5 kills per game, and 3 blocks per game before her team bowed out against the eventual champions in the national semi-finals. Kate Mitchell of Southwestern University in Texas led her team to the other semi-final, including 11 kills/game.