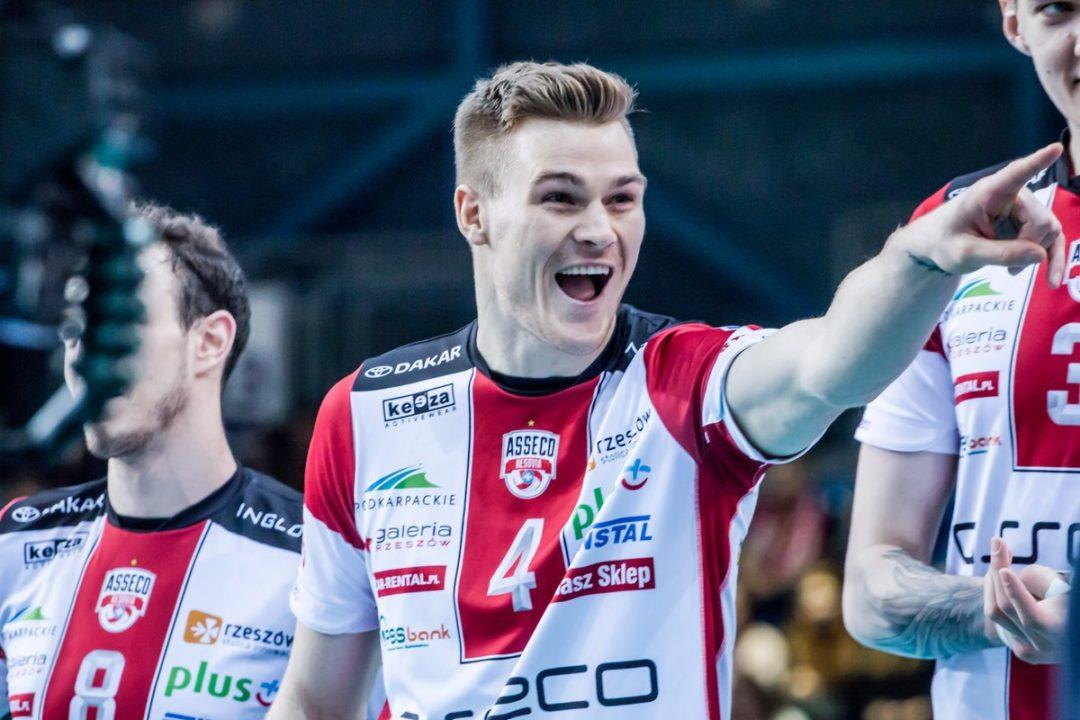 Canada's National starting outside hitter Josh Gordon has extended his contract with the Polish side for another year. Archive Photo via Asseco Resovia

After losing Canada’s highest-flyer, Gavin Schmitt, as part of a 5-player mass exodus, Polish side Asseco Resovia has locked-in another Canadian for the 2016-2017 season. John Gordon extended his contract with Resovia last week for another year.

Gordon stands 6’7″ (201cm) and started his career at middle blocker before shifting to outside hitter. At the 2016 Summer Olympics, where Canada finished in a tie for 5th place, Gordon started at outside hitter for his home country, with former club teammate Schmitt as his opposite.

Gordon was a part of the Canadian teams at the 2011, 2013, and 2015 NORCECA Championships, where they won bronze, silver, and gold, respectively. Resovia is the 3rd professional team in his career, after a season spent in Italy and 4 years in Turkey.