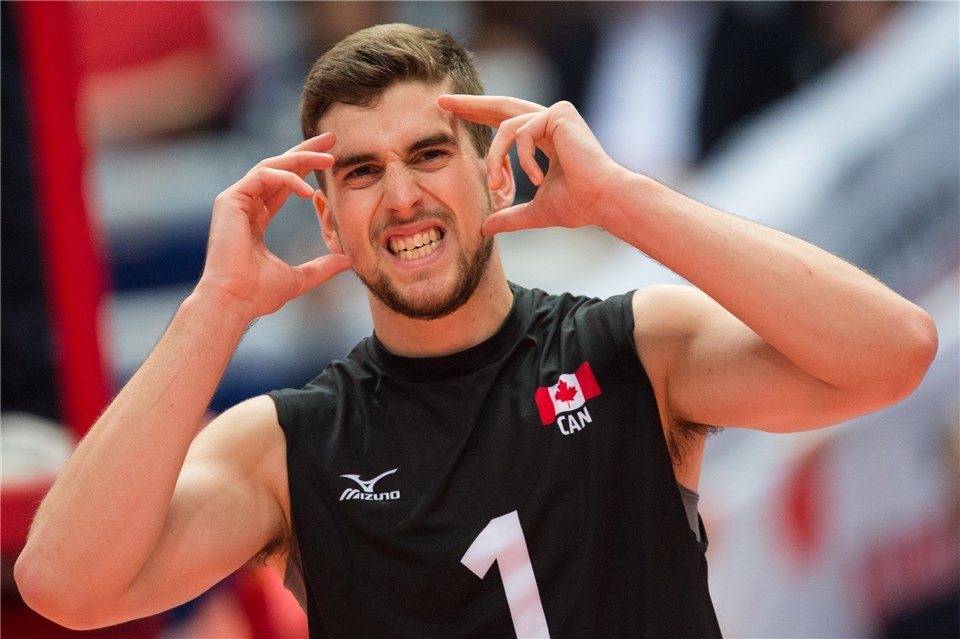 Canadian National Teamer Tyler Sanders (not to be confused with his American colleague Taylor Sander) has left Arkas Izmir and... Archive Photo via FIVB

Canadian National Teamer Tyler Sanders (not to be confused with his American colleague Taylor Sander) has left Arkas Izmir and signed with LOTOS Trefl Gdansk in the Polish league. He’s one of two big acquisitions already this summer for Gdansk, who have also added Polish National Teamer Aleksander Sliwka to their roster.

The 6’3″ (191cm) tall Sanders will replace Michal Masny at setter after the veteran Masny transferred to Cuprum Lupin.

Sander has 80 National Team caps for Canada, including 6 at the Olympics and 9 at the World Championships.

Last season, he set Arkas to a silver-medal finish in Turkey’s top Efeler Ligi, losing eventually 3-1 in the final to Halkbank. He led the Turkish league in setter efficiency, and also recorded 41 points on the season – including 13 aces and 20 blocks in 74 sets.

Masny ranked just 9th in the Polish PlusLiga for Gdansk last season with a 47.74% setting efficiency.