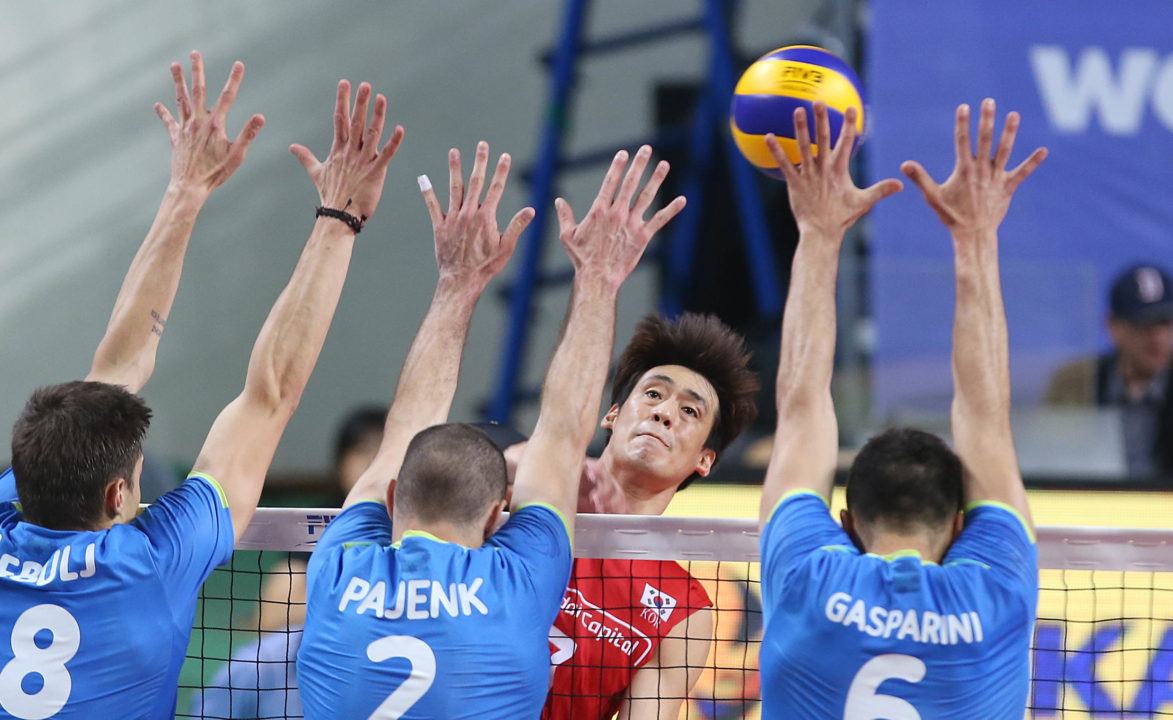 The second day of the World League has ended with Slovenia and the Czech Republic taking wins in Pool A2 of Group 2.  Current Photo via FIVB

Slovenia put up a tough defensive feat at the net, stopping the Korean attack 21 times. The 21 blocks out-numbered Korea 21-7 in the statistical category. The Slovenian side also out-served the Korean crew 6-2.

Leading the Slovenia team, once again, is Tine Urnaut, who put down another 23 points in the match, with Mitja Gasparini adding another 16. Contributing to the big block was Alen Pajenk stopped six balls while Klemen Cebulj blocked five.

For Korea, Hong-Suk Chol put down 14 points, nine of which were kills, three blocks and two serves.

The Czech Republic out-blocked the Finnish side 18-12. The Czech crew had to make a first set comeback after dropping the first 25-16.

The Czech had two players contribute 13 points in Jan Hadrava and Petr Michalek. Michalek put down eight kills, four blocks and one ace.

Despite having two players contribute more points than the Czech team, Finland couldn’t outlast their opponents. Elviss Krastins put down 17 points, 12 being kills, three blocks and two aces, while Antti Ropponen put down all his points on kills with 14.