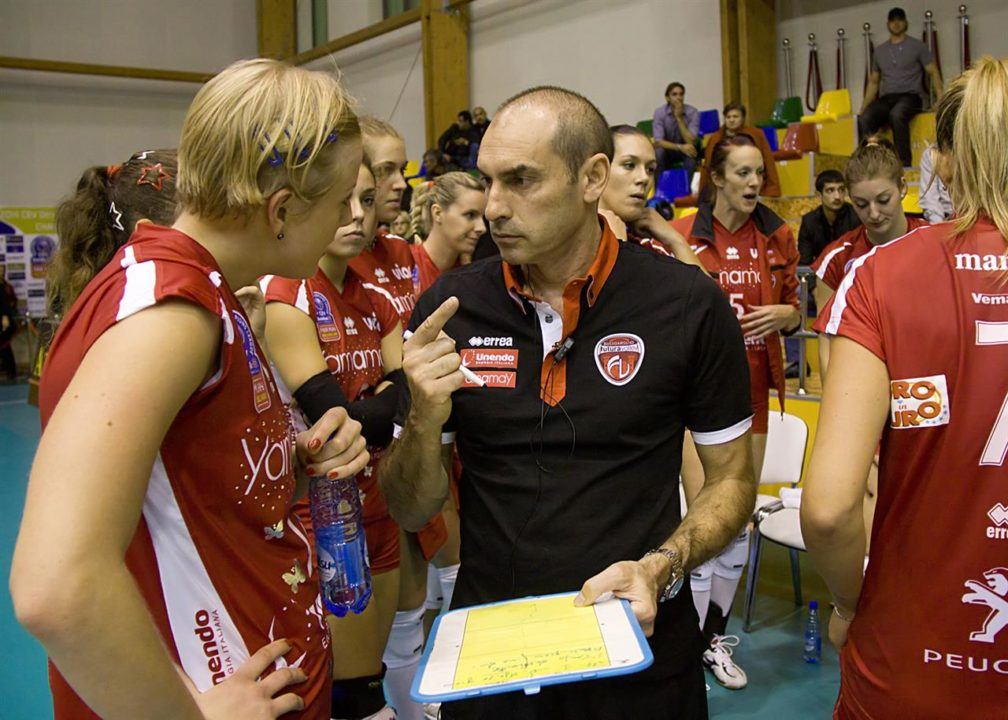 Pallavolo Scandicci have hired former Italian triple crown winning coach Carlo Parisi as the club’s new head man. Parisi replaces Alessandro Beltrami at the helm after arriving from Entente Sportive Le Cannet-Rocheville in France. Parisi, 57 years old, is in his 25th year of being a head coach at the professional club level.

Last season, Parisi’s ES Le Cannet finished second in Women’s Pro A with 50 points, just two behind first. They had a chance to take out the top team in Mulhouse, but fell in five sets in the championship match.

Parisi’s new club, Scandicci, was just founded in 2012. They went from Italian Serie B1 to Serie A2 by the end of the first season. One year later, they worked up to Serie A1 but overall have only been there since the 2014-2015 season. That first year they barely avoided relegation, finishing ninth with 26 points. In 2015-2016, they collected 42 points for a sixth place finish. This past year was the time in the club’s history that hasn’t represented a sign of improvement as they stalled in sixth with nine less points and a 2-1 loss in the quarterfinal round.

Scandicci will hope Parisi can re-ignite the upward trajectory of the club after finishing 23 points back of first place last season. The young club became relevant over the past five years, but now with a power play in hiring Scandicci they hope to become prominent.