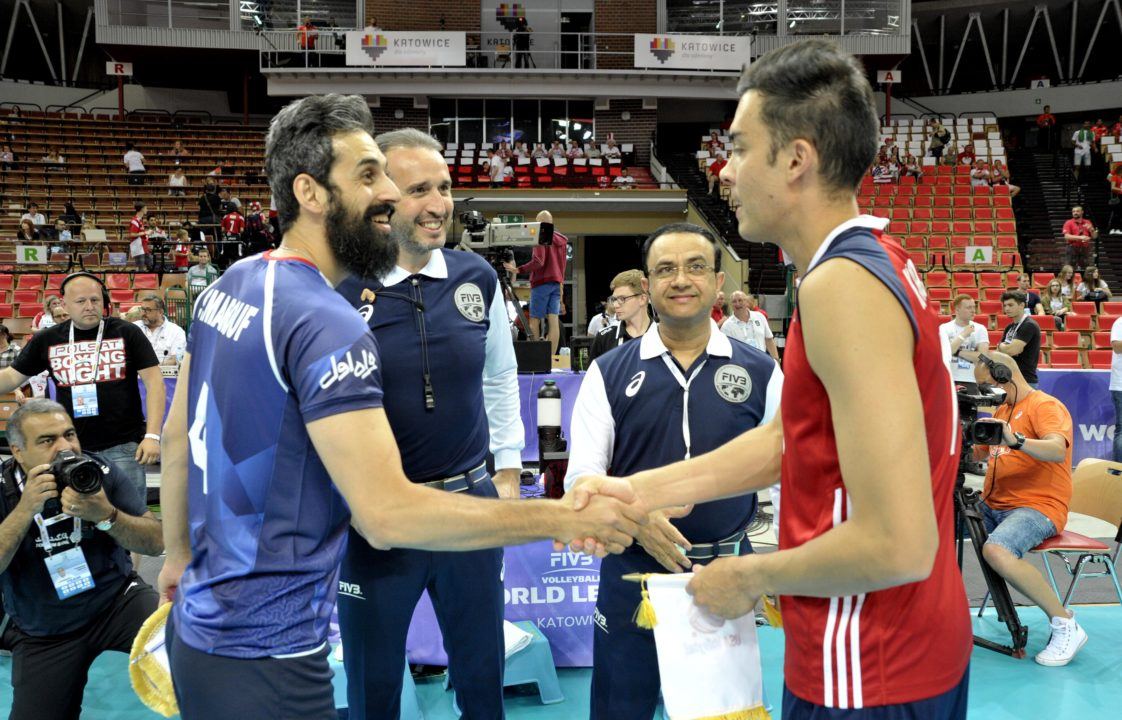 A crucial match opens up Pool H1 in Poland on Thursday, with this particular pool starting a day earlier than the rest of the Group.

Iran and the United States do battle for a crucial victory. For the United States, who have won 2 of their last 3 after losing each of their first 2 matches, this is a must-win game if they want to keep their hopes at a spot in the Final 6 alive.

But Iran also carries momentum into the weekend, having won 3 of their last 4 matches, which includes a win over defending World Champions Poland (with a rematch to come on Friday). Iran could still skate in to the Final 6 without a win over the United States, but they would then lose control of their own destiny and be under pressure to sweep Poland and Russia.

Whomever wins this match will wind up in the top 6 after the day’s competition.

Watch the live-stream below: