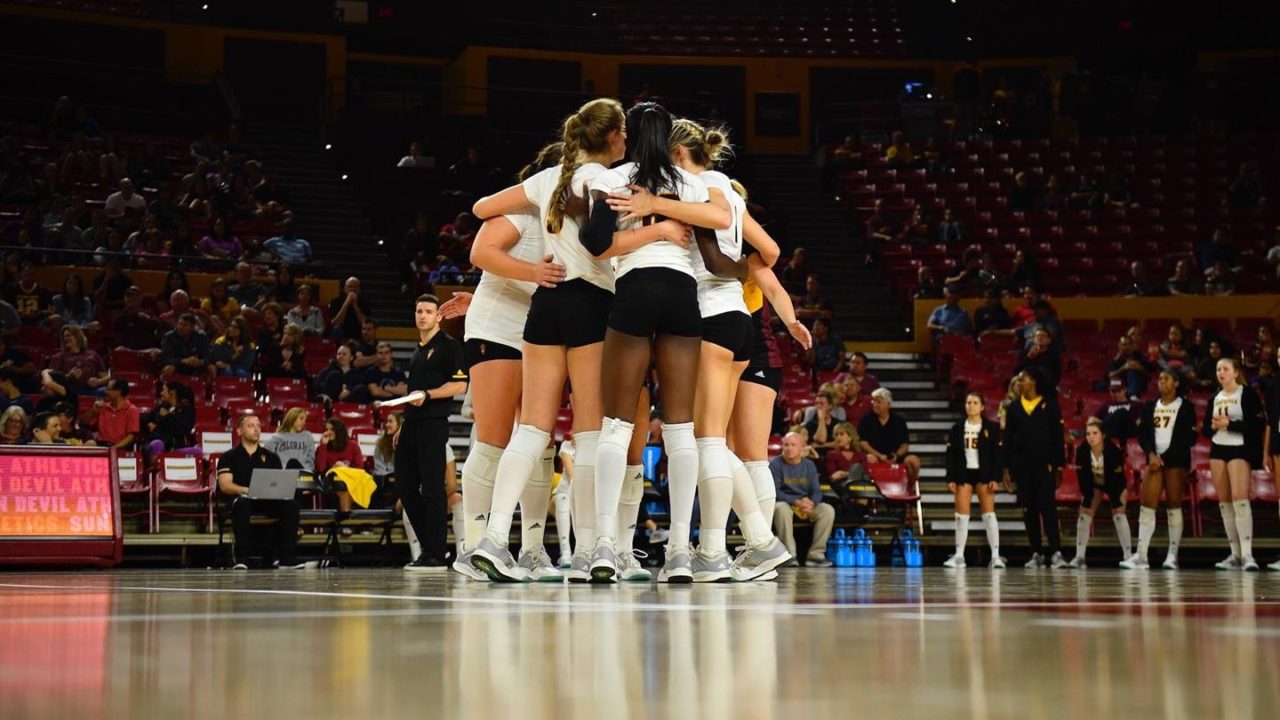 The planned move will have Moreno serve as interim head coach while Tomasevic is out on maternity leave. Archive Photo via Arizona State Athletics

Tomasevic gave birth to her first child, Stella, this weekend, and the school hasn’t said how long they expect her to be out – though the state of Arizona offers 12 workweeks of leave for maternity leave.

Meanwwhile Moreno, a former AVCA National Men’s Player of the Year at BYU, was brought in at the beginning of the year with the plan to hand him this responsibility all along. It didn’t take him long to shake up the team’s lineup, either. In Friday’s 3-1 loss to Stanford, he moved the team’s leading scorer Oly Okaro from opposite to outside hitter – resulting in 19 kills and a .300 hitting efficiency rate in 4 sets (she’s averaging 4.48 kills/set and hitting .244 on the season).

He then slid middle blocker Megan Beedie into the role as opposite, which was a less-successful transition in a 1-game sample size. She had just 2 kills on 13 swings with 3 errors, and also didn’t record any blocks. Overall, the team’s defense suffered with the moves, recording just 4 blocks as a team and allowing Stanford to hit .410. Their offense did well in relative terms, hitting .208 against the 2nd-ranked team in the country.

Sunday’s 3-1 loss to Cal saw better defense but was not as effective offensively – Okaro had 14 kills but 14 errors, and the team hit just .053 overall.

Arizona State is 0-12 in Pac-12 play this year (0-4 under Moreno), but are 10-14 overall after opening the year 10-2 in non-conference play. This is Tomasevic’s first season promoted to head coach. She was promoted when the school parted ways with Stevie Mussie after just 1 season.